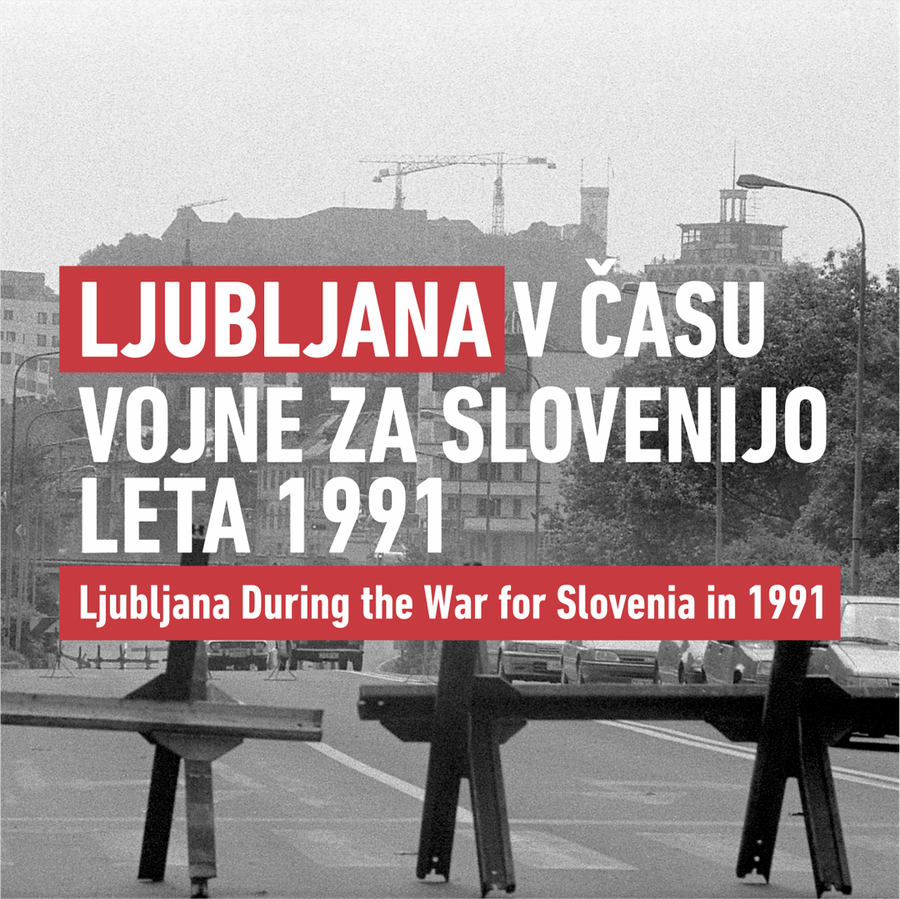 Ljubljana during the War for Slovenia in 1991

The exhibition, prepared to celebrate the 30th anniversary of the Republic of Slovenia, is a reminiscence of the events in the Slovenian capital at the time.

The summer of 1991 was different. It was marked by the War for Slovenia with all the elements of an emerging conflict, which then ended in Slovenia after ten days. After the declaration of independence of the Republic of Slovenia and after the celebrations and the flag raising ceremony of the new state in the centre of the city, Ljubljana woke up to a world full of new circumstances. On the roads around the city, tanks were crushing improvised barricades composed mostly of cars, trucks and buses. In the city, armed members of the Territorial Defence and Slovenian police appeared at every turn.

Ten days of intense events followed. Alarms for an imminent air-strike, helicopter shooting down in Rožna Valley, death and reports of clashes, of casualties and wounded, parents asking and demanding that their sons should not be involved in clashes, shopping for supplies... At the same time, political and diplomatic efforts tried to calm down and resolve the situation, reports, press conferences in Cankarjev dom Congress Centre, arrivals and departures of Yugoslav and European politicians. Brijuni negotiations and declaration and waiting for the Yugoslav army to retreat from Slovenia.

The preserved images of the city testify to what was going on and at the same time represent our collective memory of the days of war, when the strength and determination of the people of Slovenia to defend the statehood, which they created in the processes of democratisation during the previous decade. An equally important reminder of that period are the media, which reported and commented on developments in the city and the country at an uncertain time.

The exhibition, prepared to celebrate the 30th anniversary of the Republic of Slovenia, is a reminiscence of the events in the Slovenian capital at the time. At the same time, it highlights the importance of building and maintaining of a sovereign democratic country, based on the European law and values.