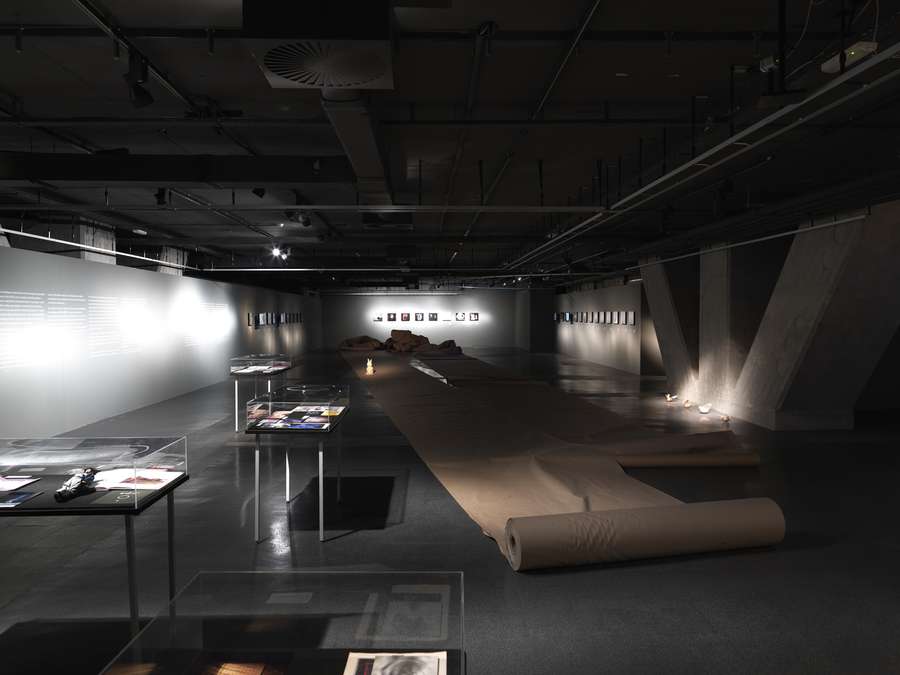 Muzeum Theatre was established in April 1994, its aim having been to explore five separate spheres of art and the relations between them: visual arts, architecture (space – time), drama (history), music (sound), movement (gesture). Forty-four events were produced in the period 1994–2014, the structures of which were exploring the relations and borders between individual spheres of arts and humanities.

Muzeum, Institute of Art Production, Mediation and Publishing (1995), was promoting the first research projects to enter theatre form fields of architecture, visual arts, dance, as well as theatre and visual theory, and since 2000 has participated in numerous international projects, since 2004 also in three European projects.

Muzeum’s extensive document and source archives are a comprehensive collection covering original theatre works, by means of which a new temporality will be established in the gallery. Museum exhibits will be replaced by a network of visual, textual, lighting and sound information, which in turn generates new abstract spaces spreading between visual and theatre figures.
Staged in the gallery was the third part of the trilogy Source Image by Barbara Novakovič (Library of Letters, 2012, Museum of Letters, 2013).

An extensive archive of documents and references constitutes the auteur theatre's encyclopaedic collection. The exhibition creates a new quality of time in the space of a gallery. Micro – macro, framing – editing, travel – flaneur – cartography, migrations of symbols – iconography – aberrations... The folds of fabric, paper and time creating new spaces of abstraction positioned between figures of art and theatre.

The performance is based on the drama piece Le Désir attrapé par la queue, which was written by Pablo Picasso in Paris over a course of three days in 1941. The text was first presented to the public in 1944 when it was read by Simone de Beauvoir, Jean-Paul Sartre, Valentine Hugo, Raymond Queneau and Pablo Picasso in a Paris apartment of Michael Leiris under the direction of Albert Camus.