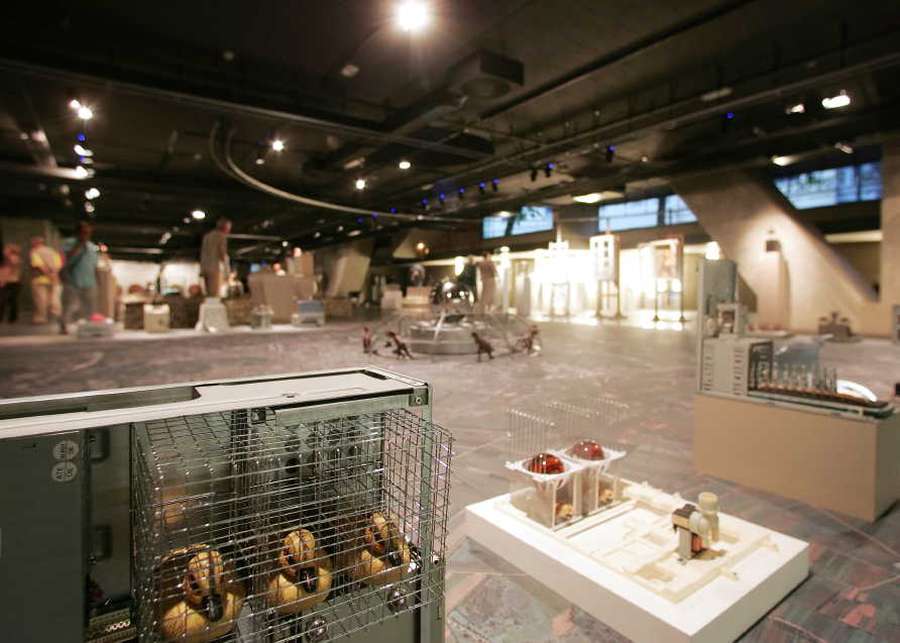 Overview exhibition with a theme on animals. Presented are more than 400 works in different techniques.

Stane Jagodič was born on June 15, 1943 in Celje (Slovenia) as the illegitimate child of mother Julijana Jagodič and Franjo Kunšek, a photographer from Celje. He spent his youth in many parts of Šmarje pri Jelšah (Šentvid, Predenca, Brecljevo). In 1964 he graduated from the School of Design, then worked as a teacher at the elementary school at Lesično, Kozjansko, and in 1970 graduated from the Academy of Fine Arts in Ljubljana. He is a freelance artist engaged in painting, graphics, spraygram, x-ray art, caricature, photomontage, collage, assemblage and performance. He is also a writer, columnist and editor.

In the early 1970s he found himself interested not only in the exterior image of the human figure but also in the internal anatomical structure – first in skeleton with skull (anatome secare). In 1972 he started working with x-ray montages, which he called X-Ray Art. Later, he started to penetrate the insides of machines, computer components, and the agitated structure of diverse genres and mechanisms. To this technical combination he gave the name digital constructivism (1983).

He was a member of the Slovenian Fine Artists Society, the Slovenian Designers Society; Cartoonists & Writers Syndicate New York; Board of Advisors of the American Biographical Institute, Raleigh (USA), and a contributor for the international magazine Graphic Journal, Seoul (South Korea), Stock of Humour (Rogaška Slatina); and today, a contributor for the magazine Diogen (Sarajevo) and the monthly City Magazine, Ljubljana (15 years). He was the initiator and head of the group of artists Grupa Junij (June Group), an international fine art movement, active in the years 1970–1985; the initiator of the International Art Collection Junij and the Slovene Triennial of Satire and Humour Aritas-satirA (1995–2004); and curator of the collection of Slavko Ciglenečki, the ‘photo chronicler of Šmarsko’, and a member of many fine arts juries at home and abroad. He has had more than 50 solo exhibitions and has taken part in more than 200 group exhibitions. He has received 47 awards for various genres and techniques in his creative work. He has also received 9 awards for his collaboration on various cultural projects.

A monograph was published in 1989 on his multimedia art (1959–1989), and in 2006, his 800-page collection of memories entitled Orbis Artis – Restless and Creative (1943- 2004) was published. His works have been published in numerous newspapers, magazines, catalogues and anthologies worldwide. He is married to Greta Hrovat, a landscape designer, and has two sons, Jan (a designer) and Vid (a software engineer).

The life path of Stane Jagodič, multimedia artist, versatile researcher and cosmopolite, was not an easy one. Since early childhood (and still today) he has been fighting an ongoing Don Quixote battle with heartless, insensitive windmills. Often he has found himself a lone rider, but marked for life by humanism, idealism and optimism.