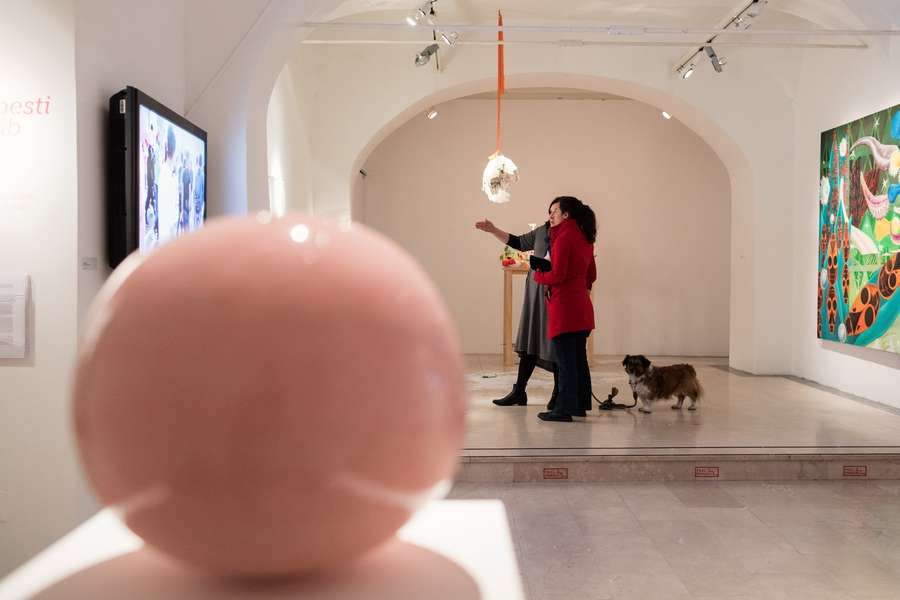 Two curators, two artist teams, two exhibitions, two opening addresses, two receptions. Whose exhibition will be better? The decision will be in the hands of visitors casting their votes.

We wish to present a model of culture, guided by the competition logic. All too often, independent culture and its operators are faced with accusations about it being elitist and hermetic; and with incentives contained in the cultural policy, seeking to place it on the “market” based on examples from the West. There, quality is increasingly being judged using parameters that can be measured (who came first, the number of visitors, media appearances, votes, etc.). All this makes the Match an exhibition experiment turning artists into competitors, visitors into voters, and the very event into a spectacle.

Rules: each curator picks an artwork made by artists in their own team that best matches the exhibition design in terms of quality and concept. Then they also choose one work each from the other artist team. The premises and conditions of exhibition making and the means available to each team are as equal as possible. Margin decisions are made by tossing a coin. An adequate course of the match is to be ensured by Jani Pirnat, curator of the Match Gallery, who has devised the exhibition concept and adapted the rules based on the curator battle between Aaron Moulton, Carson Chan and Despina Stokou, which took place in Grimmuseum, Berlin in 2011.

“I see in the fight club the strongest and smartest men who've ever lived. I see all this potential, and I see it squandered. God damn it, an entire generation pumping gas, waiting tables - slaves with white collars. Advertising has us chasing cars and clothes, working jobs we hate so we can buy shit we don't need. We're the middle children of history, man. No purpose or place. We have no Great War. No Great Depression. Our great war is a spiritual war... Our great depression is our lives. We've all been raised on television to believe that one day we'd all be millionaires, and movie gods, and rock stars, but we won't. We're slowly learning that fact. And we're very, very pissed off.” Tyler Durden, Fight Club (David Fincher, 1999)

Exhibition motifs, materials and items are bound together by the traces left by the industrial civilisation. Ever since avant-gardes appeared, mass-produced goods have formed a legitimate part of the artistic expression. I was therefore interested in what ways the selected artists are currently using them.
Everyday materials and ephemeral objects as metonyms for the material prosperity, as metastases of happiness from supermarkets, warehouses, landfills.
The irony of human endeavour preserving the structure of the world.
The senselessness of accumulation, of grabbing.
Art remains to be a game of shifts and seduction. Anonymous industrial objects assuming the aural quality. Immunity and fragile individuality. Relieved of their banal objectivity, they are being turned into suspicious carriers of beauty.
Art whispers absurd stories of the prosperity that keeps evading us.
Whispers about the work performed by people and iron machines.
—Matjaž Brulc 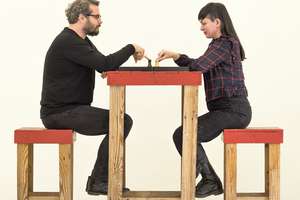