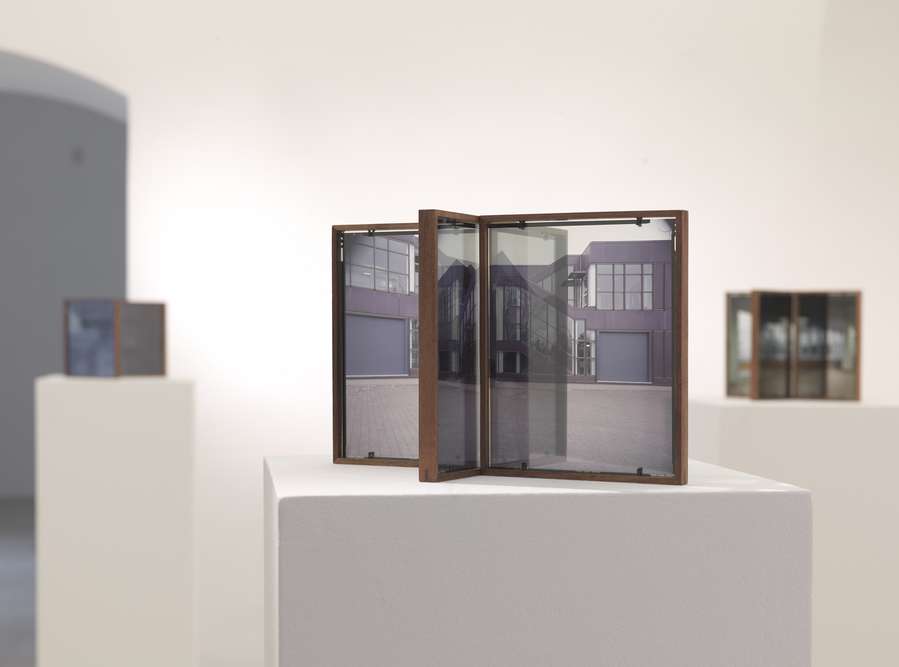 Sinta Werner: Somewhere or Other

Berlin-based artist Sinta Werner uses architectural elements as a base for her art practice, charging them with artistic meaning by creating optical irritations.

The spatial interventions in the specific geometric set-up of Match Gallery's architecture are trying to disorientate the perception of the statics of the space and to make it appear weightless, prompting the visitor to reflect on the gravity of the space. We can say with some certainty that most Slovenian galleries of modern art are located in old buildings with arches, supports, static elements, niches, passages and windows, which influence nearly every art exhibition, and in retrospect determine a unique view on the production of Slovenian art. In the two site-specific installations, this authentic exhibition architecture becomes not only a starting point for the artwork, but in fact a part of it.

The installation Inverse Element is a precise replica of the upper half of the gallery, mirrored vertically to the floor. Through this duplication, the lower rebuilt part adopts a negative shape, which creates a futuristic sphere- or tunnel-like structure that reminds of a space station. With its loss of functionality, the architecture turns into a self-contained element, into the negative shape of a sculpture. As the vaulted ceiling of a church is a metaphor for the firmament dividing Heaven from Earth, so is this installation supposed to create an interim space between the functional reality and a visionary place.

For the second installation Unflatten Image an image of the exhibition space has been manipulated in the image-editing software Photoshop by rotating a square selection 90 degrees contraclockwise. The selection tool and the rotated segment have then been rebuilt three-dimensionally. Flatten Image is a function in Photoshop in which different layers are merged to one background layer. Unflatten Image however doesn't exist as a Photoshop function. An image is always flat. One could understand 'Unflatten Image' as the undoing of the function Flatten Image in the same way as the installation is the undoing of the flatness of the image. While in an illusionistic painting one tried to create the impression of spatiality on a flat plane, Sinta Werner tries to create an illusion in the opposite way: the view on a computerscreen, a flat image is transferred into a spatial situation.

In the entrance area there are three slide-objects made from large-format slides, each showing a part of a building from different perspectives. The paravent-like structures create a model of an alternative architectural reality by establishing fragmented and reflected viewpoints. The title of this series Somewhere or Other also serves as a title for the exhibition introducing the themes of a loss of materiality and physical orientation in a world that is increasingly dominated and mediated through images.

The exhibition is included in the programme of the Indigo: Nobody Cares? Festival.

Production: Museum and Galleries of Ljubljana
Curator: Jani Pirnat
Artist: Sinta Werner
Technical realization and engineering: Nejc Matjaž
This project has been made possible by: City of Ljubljana 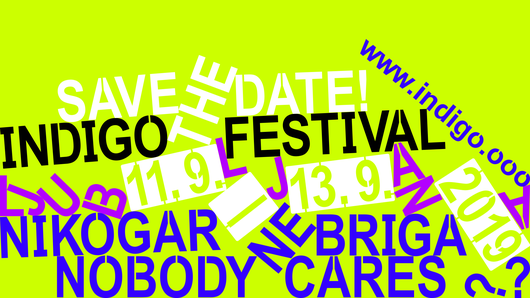