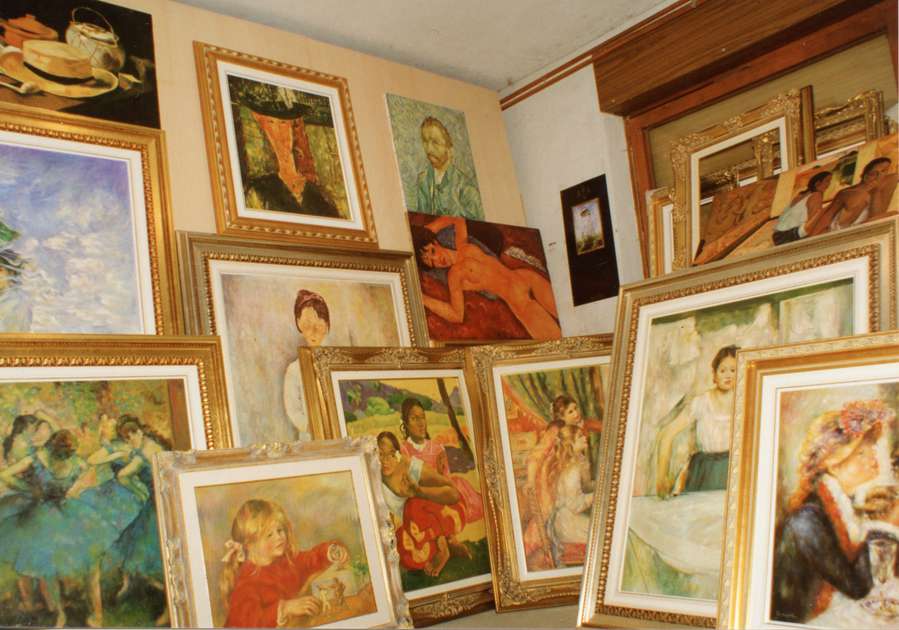 The exhibition will attempt to capture the figure and work of a Slovenian painter Marko Premrl which has changed its name to Marcel Valentini, and was involved, during and after studying painting in Italy, in the creation of forgeries with a certificate within the group Le musée imaginaire. In addition to his creative practice, which he later carried out in Slovenia, he was probably the only forger who was involved in a criminal prosecution with a judicial epilogue in our country. Most of these cases instead end up in media scandals and leave too many open questions.

At the age of 14, a young guitarist from Postojna, then still called Marko Premrl, lost a segment of his finger in an accident while feeding horses. This turned a dedicated musician into a dedicated painter, who at the beginning of his career made his living mainly by painting horses. After years of bohemian travels around the world, he decided to study painting in Milan at the end of the 1980s. First at a private academy, where he was profoundly influenced by Professor Luigi Veronesi, and only a year later at the renowned Brera Academy of Art. While studying at Brera, he came into contact with the Italian businessman Daniele Dondè, who invited him to join a group of copyists of the old masters called the Musée Imaginaire. After his experience and life among the rich elite, into which Dondè introduced his copyists, Valentini tried to transfer the lucrative business model of trading in so-called ‘legal’ forgeries to the newly-formed country of Slovenia in the early 1990s.

He organised a group of copyists in Postojna and ran a studio under the brand Agla Art, whose manager was Vladimir Slejko. In 1993, an exhibition was opened at the Jamski Dvorec in Postojna, which consisted of 130 copies of paintings by renowned artists such as van Gogh, Monet, Modigliani, Gaughin, Renoir, Degas and Toulouse-Lautrec. The sale of ‘legal’ forgeries with certificates has raised some dust among the professional public in Slovenia. In contrast to Valentini’s ability to copy well all the above-mentioned authors and several others, his personal oeuvre was not particularly appreciated by critics. This put the artist, whose painting efforts were better received and also rewarded in Italy, at odds with the Slovenian art scene, a fact he did not hide.

His imitations of artworks were elaborately detailed in the same techniques as the originals, and artistically aged with the help of a collaborator. They were executed as direct copies or as approximations of the style and motifs of the famous artist. They were protected by certificates, affixed with wax seals, with signatures and stamps on the sub-frames of the images to prevent fraud. But right after the first sale of forgeries secured by certificates to buyers, traceability of condition and ownership is non-existent for most cases.

In 2006, Valentini faced criminal charges for producing 13 forgeries sold to a local businessman. The painter died of illness in 2008, before the verdict to him was handed down. However, a member of his family was given a suspended sentence for fraud. 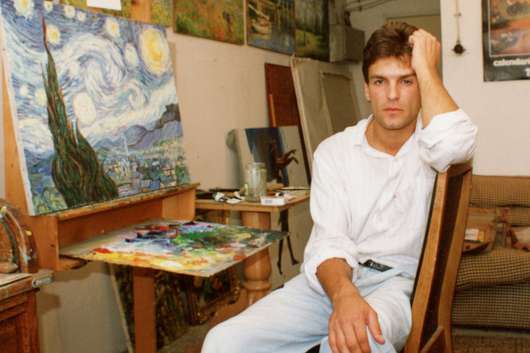 Tue
Feb 2023
Opening
7 p.m.
Match Gallery
Opening of the exhibition Marcel Valentini: Original Forgeries
On the eve of the Slovenian Cultural Day, Tuesday, 7 February 2023, at 7 p.m., we invite you to the Vžigalica Gallery for the opening of the exhibition Marcel Valentini: Original Forgeries. Join us and discover the work of an intriguing artist who has dedicated his life to creating exquisitely crafted forgeries of works by world-famous painters who worked in a variety of styles and techniques.
All events for this exhibition
All events - Match Gallery • All events - MGML