How to view, observe and understand Plečnik's works in the new book Plečnik's Architecture in Ljubljana

With Plečnik's Year 2017 coming to its end, the Plečnik House in Ljubljana presented the newest addition among the publications concentrating on Plečnik's work – Plečnik's Architecture in Ljubljana. The book, written by Andrej Hrausky, an architect who already authored several books and is a connoisseur of Plečnik's work, brings a comprehensive overview of Plečnik's oeuvre in the Slovenian capital. According to the author, the book’s goal was mainly to, “explain Plečnik’s architecture – how to view it, observe it, and understand it”. 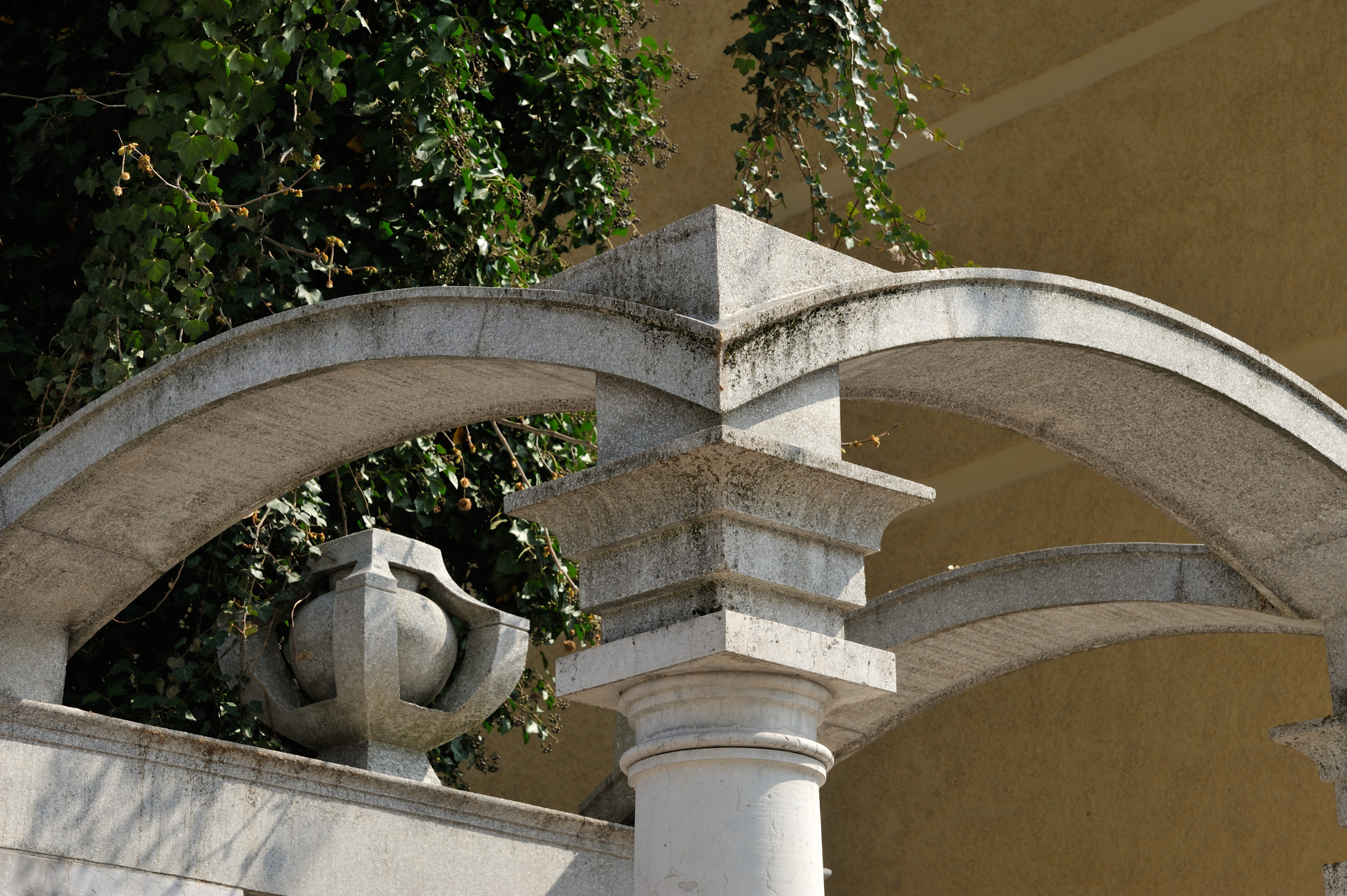 The book Plečnik’s Architecture in Ljubljana, by Andrej Hrausky, is a comprehensive presentation of the architecture and of other works by Jože Plečnik, who began creating the image of modern Ljubljana in 1921, when he returned to his hometown from Prague. From 1921 to his death in 1957, Plečnik never ran out of ideas. The book’s predecessor was the booklet Plečnik’s Ljubljana, published in 1997 and written by Janez Koželj, Damjan Prelovšek and Andrej Hrausky, which quickly sold out among fans of Plečnik’s work. Andrej Hrausky, the sole author of Plečnik’s Architecture in Ljubljana, explained the reasons for the new book thusly, “Jože Plečnik identified the most with his hometown of Ljubljana and he showed his devotion to it. Therefore, it is of utmost importance that we recognize, understand and appreciate his work. In 1997, the Architectural Gallery DESSA published a guidebook titled Plečnik’s Ljubljana. The book was written by Janez Koželj, Damjan Prelovšek and myself, and was the first attempt to capture all of Jože Plečnik’s architectural works in Ljubljana, including those which are now long gone. Much has changed in the last twenty years, some objects have been restored, others vanished, and some are on the edge of destruction. On the other hand, new sources have been found, Plečnik’s archive is better arranged and more accessible, and the understanding of Plečnik’s work has changed. In addition, the twenty-year-old book has been sold out for a while now. In 2017, we are commemorating 145 years since Plečnik’s birth and 60 years since his passing. It seemed a proper occasion to begin work on a new book – with new archival material, new photographs and a new text. The latter is now more comprehensive, as I wanted to present the circumstances of the origin of Plečnik’s Ljubljana. An attentive reader will be able to ascertain what it meant to live in Ljubljana in those times.”

The book, written in Slovenian and English, is a joint publishing effort by the Museum and Galleries of Ljubljana (MGML), which manages the Plečnik House, and Gallery DESSA, the only Slovenian gallery specialised in architecture. At the book’s presentation, Blaž Peršin, the Director of MGML, underscored that, “Plečnik’s Year is ending with an excellent and a much anticipated publication. Our wish and pledge with the reopening of the Plečnik House was to complement the lack of books on Plečnik’s work. We kept our word by publishing two books this year, and perhaps encouraged other publishers to production. Andrej Hrausky’s book is not just about Plečnik’s monumental architecture as it also sheds light on the sometimes overlooked and ignored Plečnik’s heritage, which will certainly, also thanks to this book, now receive more attention. Its author carried out a meticulous and in-depth research, but we must also give our thanks to the many supporters and sponsors who recognised the great potential Plečnik has as an icon of our city, and gave their financial support to the project.” Maja Ivanič, director of Gallery DESSA, added, “The idea of a new book that overviews Plečnik’s architecture in Ljubljana has been brewing since the last trilogy of Dessa’s guidebooks from 1996 was sold out. That trilogy, consisting of Plečnik’s Ljubljana, Plečnik’s Slovenia and Plečnik’s Works Abroad, was a joint effort of Andrej Hrausky, Janez Koželj and Damjan Prelovšek. Plečnik’s Year was the perfect opportunity and encouragement for us to accomplish this goal. Gallery DESSA could never take the financial burden on its own, so we are very glad that we were able to join forces and goals with MGML. We are also happy for the belief received from our sponsors. This publication is proof that many hands make light work.”

The archival material has been thoroughly re-examined, new photographs of Plečnik’s Ljubljana are juxtaposed against archival ones, and some new realisations regarding Plečnik’s numerous projects in Ljubljana are the main additions within the newly published book. The book also bears the marks of designer Žak Prinčič and architectural photographer Miran Kambič. Prinčič explained the demanding design process, “The design of Plečnik’s Architecture in Ljubljana was a unique and complex task: on one side, the book represents a spiritual sequel of the already existing guidebook Plečnik’s Ljubljana, published in black-and-white twenty years ago, but we also wanted to present contemporary audience with Plečnik’s heritage, bring it closer to them. The book will, with its colours and a new format, remain an accessible guidebook for seekers of the presented works, while it will also surely make its way to numerous book collections due to its larger and more actualised scope.” The important task of the book’s photography was entrusted to the renowned architectural photographer Miran Kambić, who explained his photographic “chasing” of Plečnik’s architecture, “Photographing Plečnik’s architecture is always a challenge. Twenty years ago, I was already in charge of photography for the guidebook Plečnik’s Ljubljana, but even after this project, Plečnik’s works have often been the object of my camera. We could say that not much has changed in these years, as the buildings remained the same. Yet, their environment changed and transformed tremendously and so it was necessary to reshoot the vast majority of the photographs for the new book.”

Numerous supporters and sponsors recognised the importance of the new overview book of Plečnik’s architecture in Ljubljana. They enabled the publication through their financial support or by working on the book: Ministry of Culture, City of Ljubljana, BTC City, VODOVOD-KANALIZACIJA Public Company, Zavarovalnica Triglav, Grafika Gracer, GRAFO LIT, Atelje Galerija, Baumit Slovenija, Lafarge, M Sora and Arcadia lighting. GRAFO LIT, one of the leading suppliers of paper, cardboard and printing materials in the area of Central and Southern Europe, supplied us with the appropriate paper for the book. Grafika Gracer, a Celje-based printing house with more than forty years of experience, took over the printing of the book. Zavarovalnica Triglav, the leading Slovenian insurance company with its seat in a Plečnik-designed building, sponsored the project and bestowed 150 Slovenian and 50 English copies of the book to Slovenian libraries. Therefore, at the presentation in the Plečnik House the ambassador of Zavarovalnica Triglav Cene Prevc gave 25 Slovenian and 5 English copies of the book in the hands of Teja Zorko, MA, Director of the Ljubljana City Library.