2017 is Plečnik’s year, as we commemorate 60 years since the passing and 145 years from the birth of the architect. The Post of Slovenia joined the commemoration by publishing new philatelic products and celebratory postage stamps that also depict Plečnik’s works. 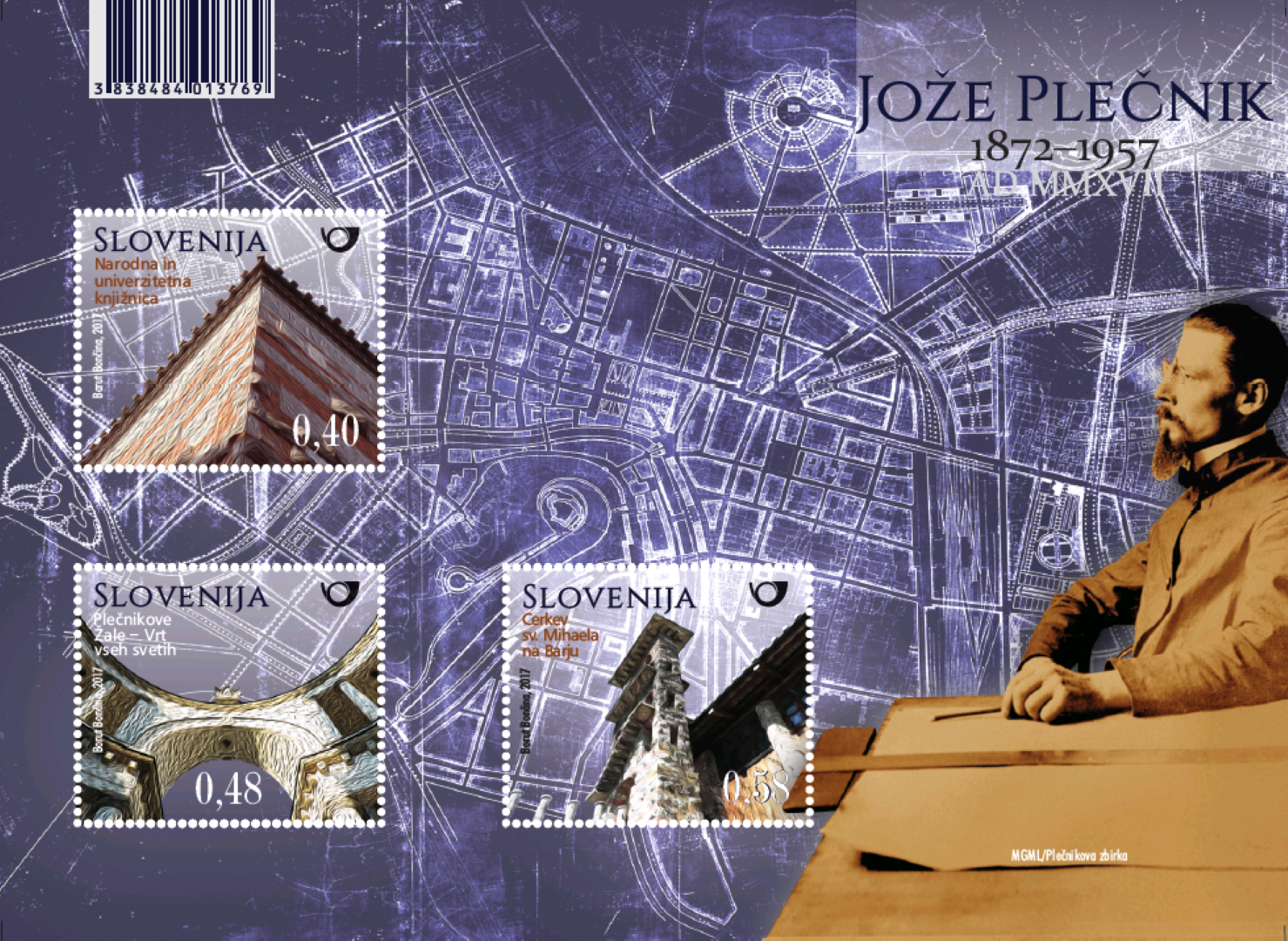 On Friday 29 September, three (larger) sheets of new postage stamps that depict a selection of Plečnik’s works in Ljubljana came into circulation. The works selected are the ones that Slovenia wants inscribed on the UNESCO World Heritage List: the National and University Library, Žale Cemetery and the Church of St Michael on the Marshes. The postage stamps were designed by Borut Bončina, while the original material and Plečnik’s plans for the design were borrowed from the MGML Plečnik Collection.