About Plečnik's works in Ljubljana and around Slovenia

Several institutions from Ljubljana and around Slovenia are joining the Plečnik Year 2017 commemorations. They prepared quite a few interesting exhibitions and guided tours for these spring months. Below you can see where Plečnik’s unique works await for your visit. 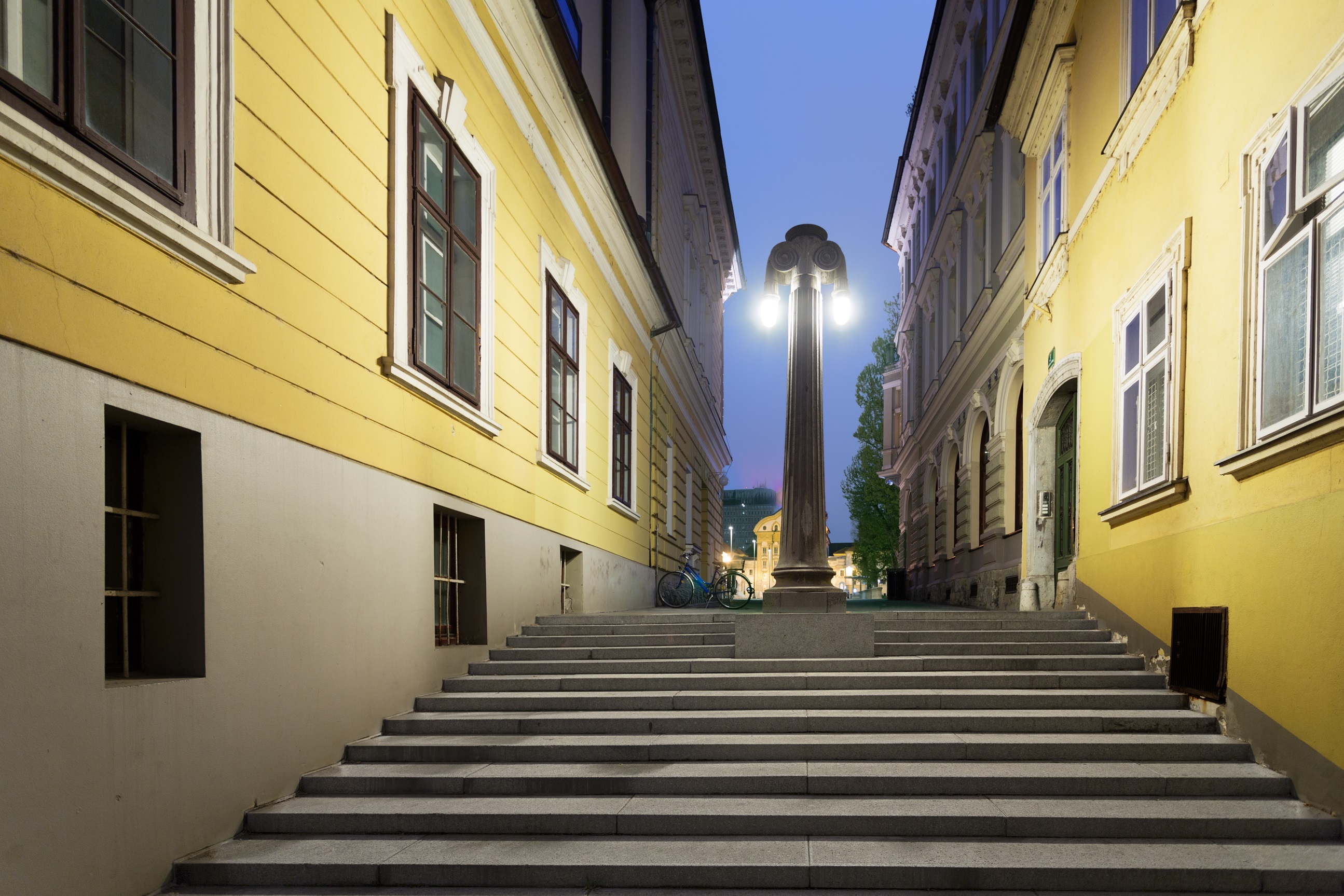 Your path can begin at the Ministry of Culture, where the travelling exhibition Plečnik’s Ljubljana will be on view until 27 April 2017. The exhibition is a collaboration of the Ministry of Culture, Museum of Architecture and Design and the Museum and Galleries of Ljubljana (Plečnik House). Its goal is to present the architect’s work to an international audience in support of his nomination for the inscription of his works on the UNESCO World Heritage List. The exhibition is situated in the lobby of the Ministry, at the Maistrova 10, Ljubljana. Open every workday from 8.00 am to 6.00 pm. More information available here.

Exhibit of the Month is a small exhibition at the library of the National Museum of Slovenia, which highlights interesting publications dedicated to Plečnik and his architecture. Also exhibited are some of the maestro original belongings, on loan from the Plečnik Collection. The exhibition opened in March, but was prolonged until the end of April due to public interest.

Andrej Hrausky, architect, publicist and an expert on Plečnik and his works, prepared a small exhibition titled Ljubljanica and the City. This collaboration with the Cankarjev dom highlights Plečnik’s efforts to establish the river as one of the leading motifs in downtown Ljubljana. The exhibition is located in the first foyer of the Cankarjev dom Congress Centre, and will be on view until 30 June. Entrance is free, more information about the exhibition is available on this link.

An interesting documentary film about Plečnik has been made the Archivalia of the Month at the
Archives of the Republic of Slovenia. For this occasion they wrote, “For this month’s archivalia we chose the artistic sound film Mojster Plečnik (Master Plečnik), directed in 1952 by Mirko Grobler, which marked the architect’s 80th birthday. In addition to Plečnik’s architectural achievements in Ljubljana, Vienna and Prague, the film also captures Jože Plečnik taking a walk and sitting down in his cabinet at the faculty, and shows his house in Trnovo.”
You can watch the full movie here.

The Town Museum of Litija is also joining in highlighting Plečnik’s architecture. As written on their Facebook profile, the great master also left his mark on Litija – a monument to the fallen during the National Liberation War. He demanded no payment for his work, therefore the good people of Litija sent him a keg of Cviček (local wine).

Of course you can always opt of a more in-depth in situ research of Plečnik’s architectural traces: Tourism Ljubljana has prepared guided tours on foot or by bicycle in Ljubljana, while TIC Kamnik did the same for Kamnik. More information about strolls around Plečnik’s Ljubljana is available here, or click this link if you wish to know more about discovering Plečnik's Ljubljana on a bicycle tour. In case you decide to take a trip to Kamnik, and discover the Plečnik's works thereabouts, write to info@kamnik-tourism.si for more information.