At the start of this year, the magazine Teatro Marittimo, published by the Superior Technical School of Architecture of Madrid, presented the architect Jože Plečnik and his works through three comprehensive articles. Among them is also an article on Plečnik's life and the Plečnik House written by our curator Ana Porok. 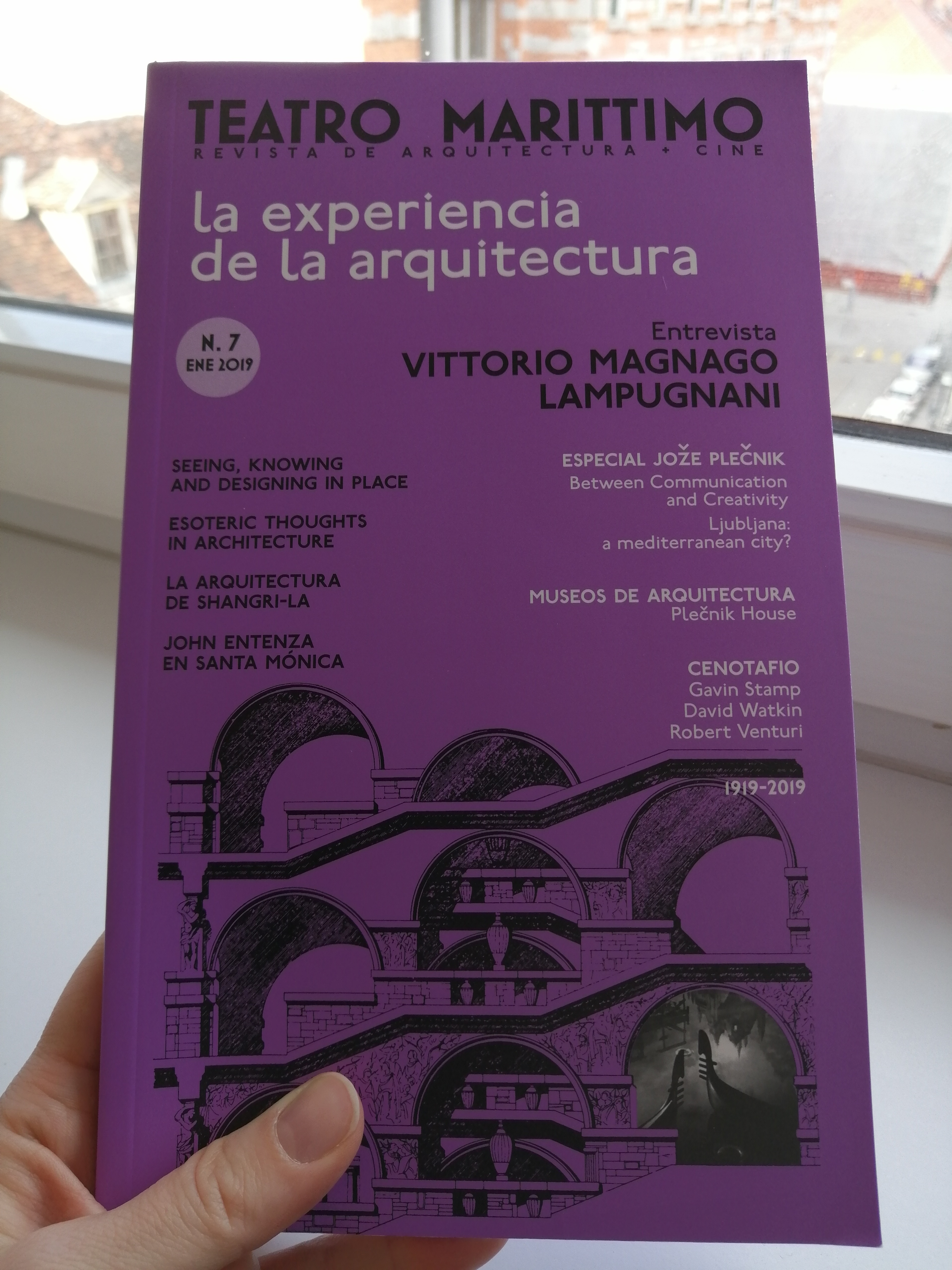 Ms Porok also highlighted that "In the article, I wrote a short presentation of Plečnik's life and a more detailed history of interventions at the Plečnik House through which, alongside the comprehensive 2013–2015 renovation, the house transformed from an artist's residence into a contemporary museum. The article describes the wealth of the architect's heritage in sketches, letters, correspondences, and photographs with an emphasis on the precisely-made wooden models of his unrealised projects for Ljubljana. Plečnik House today is a unique space commemorating an extraordinary artist and an inspiration for new generations of creators, and a starting point for exploring Plečnik's Ljubljana."

For more information on the magazine visit https://www.jcarabano.com/teatro-martimo.

Share:
Atlas of Furniture Design
A Treasured Donation: Plečnik’s “spikes”
The Story of the Škorjanc Chalice Carries a Rich Symbolic Message
For the 100th Anniversary of the University of Ljubljana, the Mayor of Ljubljana Presented the University’s Rector the Rector’s Chain Made after Plečnik’s Original Designs
The Catalogue and Exhibition Graphics of the “How to Draw a City?” Project Convinced the Jury of the Brumen Award