Coming from the architect Andrej Lodrant, the Plečnik House received a precious gift – an authentic drawing tool from the maestro Jože Plečnik. 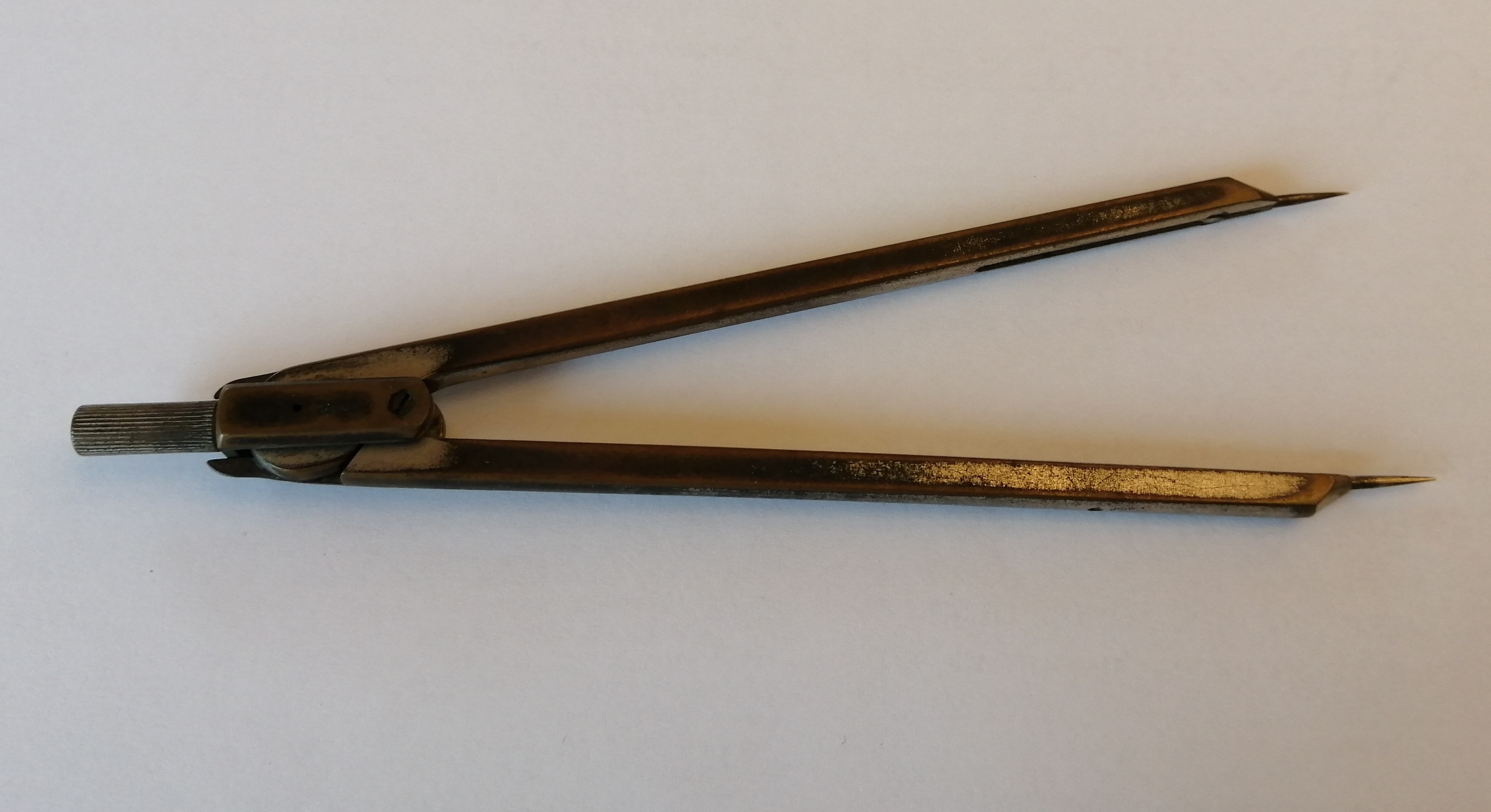 Plečnik’s original drawing tool – a divider or, as professor Plečnik would call it, “spikes” © Ana Porok

It is a divider, a drawing tooled used in planning, which Plečnik would call “spikes”. In 1951, Andrej Lodrant was the last student to ever be accepted by Plečnik to his seminar. As his drawing tools and accessories were subpar, Plečnik decided to gift him his own. He has treasured the artefact as a memory of the professor until now, when he decided to present it as a gift to the Plečnik House.

Mister Lodrant, who visited the Plečnik House in early December 2019, remembers how difficult it was to even get into Plečnik’s seminar. Namely, Plečnik first refused his application, saying that he is leaving his post and will cease to teach. “You’re too late, I’m leaving,” he told him. Plečnik eventually asked him where is he from and upon learning that he was coming from Carinthia, Plečnik turned to his assistant Tone Bitenc with the words, “Tone, shall we take him?”. When the latter nodded in affirmation, Plečnik relented, “Well, we’re taking you in!”

He instructed him to come at his seminar in the Faculty for Architecture’s third floor, at 7 a.m. on the very next day. A table was already waiting for him when he arrived. At 7.30 a.m., professor Plečnik arrived, greeted everyone and presented Mr. Lodrant to the group with the words, “This is your new colleague, welcome him warmly.”

The seminar only had twelve students during those years, more than half of them were women.

In the coming years, Mr. Lodrant helped Plečnik in various commissions and projects, especially between 1954 and 1956, when work with Plečnik occupied him completely. He collaborated at the Aškerc Monument in Ljubljana, the Festival Hall and the garden pavilion on the Brioni Islands.

Plečnik was grateful for the help, as he was a good draughtsman. His job was also to take care of contacts with the costumers and contractors. Plečnik would often tell him, “Mister Andrej, let me thank you for your help. So good that I have you! And, as for my payment, we shall just split that.” Every week, Mr. Lodrant thus received a cash envelope from Plečnik.

During the holiday season Plečnik instructed him thusly, “Mister Andrej! Go home for Christmas, but I expect you back on New Year’s Day.”

Mister Lodrant was also one of the students that, when Plečnik passed away in January 1957, served as a guard of honour besides Plečnik’s casket in the University’s lobby. He also expressed his respect to the late professor at the magnificent funeral at the Žale Cemetery.

Andrej Lodrant was born on 4 May 1932 in Prevalje. After finishing primary school in his hometown, he received a classical education in the gymnasiums of Klagenfurt and Ravne na Koroškem. In 1961 he graduated in architecture at the Faculty of Architecture in Ljubljana and was later employed at the design bureau of Gradbeno podjetje Dravograd construction company, the Urban Planning Institute of Maribor, Urban Planning Bureau of Ravne na Koroškem, Stavbenik Prevalje design bureau, and the Kograd Dravograd construction company. As an architect he paved the way in Carinthia’s landscape and left his visual mark on it. He encountered many facets of architecture (urban planning, design of buildings, interiors, book equipment…), but he was especially successful in ecclesiastical interiors and architecture (church of St Cosmas and Damian on Brinja gora, church in Mozirski gaj, Mozirje’s cemetery church, ecological chapel in Bistriški jarek, the Slomšek Chapel at Virgin Mary on the Stone in Vuzenica, the chapel in Grobelno, funerary chapels in Črna na Koroške, Šentjanž, Vuzenica, Črneče, various monuments, gravestones, altars). He also dedicated his energies to other public edifices, such as the Peca Hotel in Mežica and the school in Javor. He currently lives with his family in Prevalje.

We are sincerely grateful to Andrej Lodrant and his family for gifting a treasured Plečnik belonging to the museum collection of the Plečnik House as well as for all his information that helped paint a clearer picture of how work was done at the Plečnik seminar.

Share:
Jože Plečnik. The Architect’s Heritage. Right Around the Corner.
Atlas of Furniture Design
The Story of the Škorjanc Chalice Carries a Rich Symbolic Message
For the 100th Anniversary of the University of Ljubljana, the Mayor of Ljubljana Presented the University’s Rector the Rector’s Chain Made after Plečnik’s Original Designs
The Catalogue and Exhibition Graphics of the “How to Draw a City?” Project Convinced the Jury of the Brumen Award