We Have Made It Together!

We extend our sincere gratitude to everyone who collaborated in the preparation of the nomination. 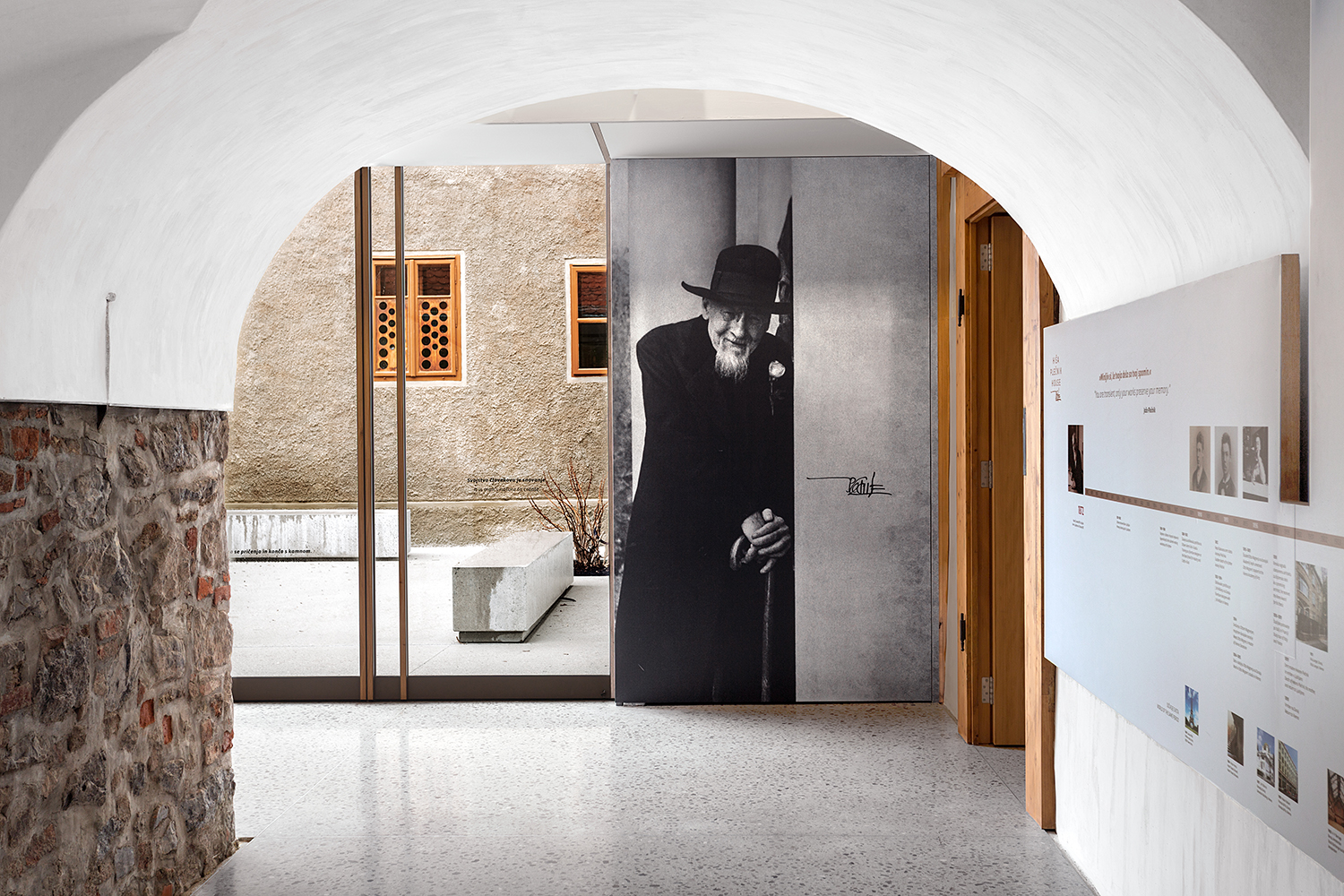 At the Plečnik House we are also celebrating and we invite all “Plečnik-lovers”, until Saturday 31 July, to a completely free visit of the house in which Plečnik’s Ljubljana was born. Reservations for the guided tours of the house, which take place every hour between 10 am and 5 pm, are taken at plecnik@mgml.si.

The UNESCO World Heritage List of Cultural and Natural Heritage now also consists of Plečnik’s works in Ljubljana! The final act of the nomination “The works of Jože Plečnik in Ljubljana – Human Centred Urban Design” occurred today, 28 July 2021, when the World Heritage Committee confirmed the inscription of the nomination to the list at their two-week session. The nomination, headed by the Ministry of Culture and coordinated by the Museum of Architecture and Design (MAO), was prepared by a group of experts from the fields of protection, preservation and management of cultural heritage, and in collaboration with the owners and managers of Plečnik’s works.

At its 44th session, which began on 16 July 2021, the World Heritage Committee, followed the recommendation of the International Council on Monuments and Sites (ICOMOS) and inscribed Plečnik’s selected works onto the World Heritage List. As a reminder, on 4 July of this year, ICOMOS positively endorsed the nomination of Plečnik’s works in Ljubljana and thus fully confirmed the merits of the nomination. The session of the 21 State Parties of the current World Heritage Committee, held online and chaired by Chine in Fuzhou, China, will finish on 31 July 2021.

Justification of the inscription of Plečnik’s works on the World Heritage List
With the inscription, Plečnik’s selected works in Ljubljana were granted outstanding universal value. Among the monuments and sites that are important for all of humanity are now also the works that form the thematic site created between both world wars as a result of an architect’s interventions into Ljubljana’s city fabric. In his vision, Plečnik acknowledged the existing city and considered the qualities, topographical conditions of the area and the architectural achievements of the past. His works thus unify and ameliorate the area into a whole, which is now also known as “Plečnik’s Ljubljana”.

The selection of the works inscribed on the list consists of seven parts: the city’s water axis (the embankments of Ljubljanica with the bridges from the Trnovo Embankment to the Sluice gates) and the Trnovo Bridge, the land axis (Vegova Street with the National and University Library, the Congress Square with Zvezda Park), the arrangement of the archaeological park (Roman Wall), the necropolis complex (Plečnik’s Žale – The Garden of All Saints), and the churches in the rural (St Michael in Črna Vas) and working-class suburbs (St Francis of Assisi in Šiška). All works are marked with a recognisable architectural language, discovery of the city’s context, the variety of meanings and functions, an economy of interventions and, first and foremost, they are works created on a human scale. They are in the spirit of the architect’s personal and deep humanistic vision. An architect that redesigned a former provincial town in an empire into a symbolic capital of a nation.

As written by ICOMOS in their recommendation of the nomination, Plečnik’s approach to city interventions is based on the reformist architectural movements of the early 20th century that is currently under-represented in the World Heritage List. Differentiating from the co-current Modernism, it developed from completely different architectural foundations. A quality public space is highlighted, which the architect upgraded with large or small interventions, and connected it into a series of squares, parks, streets, walking trails, bridges, and public edifices (library, churches, markets, farewell complex). The rearrangement is not based on a radical renovation, but on complementary interventions that consider the individual experience of every human. New designs, which include architectural reminiscences and transform the existing city’s grid, invite to a dialogue and identification with the city, as well as create a new type of urban space and architecture.

The selected buildings, complexes and spatial interventions fit the criterium of “an outstanding example of a type of building, architectural or technological ensemble or landscape which illustrates a significant stage in human history”. They also fit the demands of authenticity and integrity as well as that of a sound legal protection and management. All three points are the pillars of the so-called concept of “outstanding universal value”, justified on a global scale.

The Preparation of the Nomination File of Plečnik’s Architectural and Urbanistic Works
Under the leadership of the Ministry of Culture and in coordination with the Museum of Architecture and Design, an expert work group prepared the nomination. The workgroup consisted of representatives from the Ministry of Culture, Museum of Architecture and Design, Institute for the Protection of Cultural Heritage of Slovenia, Museum and Galleries of Ljubljana, City of Ljubljana and outworkers. Owners and managers of the inscribed Plečnik’s works as well as other crucial affiliates also played important roles with the preparation of the Nomination File.

The nomination project represented a big challenge for the architectural, museum, and conservation and restoration experts, and for the managers and owners of individual monuments. The success of the inscription rests on the shoulders of teamwork, expertise and transparency. Despite the substantive complexity of the project, the authors of the nomination managed to connect all levels of heritage – from preservation, interpretation and legal protection, to its management. The workgroup successfully established a productive cooperation with the representatives of national and municipal institutions, with the local community and external experts, beneficiaries, owners and managers of the nominated monuments and sites. The nomination was especially impactful when it comes to the reflection and articulation of the values that Plečnik’s heritage holds for us all today and are presented to the world through this nomination.

However, the inscription on the list must not be the final goal, but the start of a permanent pledge by all of the involved parties to adhere to the UNESCO recommendations and standards in the future. Work will continue under the leadership of the Ministry of Culture and the City of Ljubljana and in close cooperation between the Museum of Architecture and Design as the main manager, the Institute for the Protection of Cultural Heritage, the Museum and Galleries of Ljubljana and other partners. The focal point will be on the management of this outstanding heritage, preservation of its suitable state and its presentation to the public. We will strive to include all the parties involved – the managers and users of the sites – as this is the relation that is key for an integrated approach to preserve and protect our heritage.

Among the inscription tasks issued by the Committee are also the assessment of influences on the world heritage for all development projects within the central area and area of influence of the inscribed sites. The Committee’s recommendations will also be a guideline for the protection of that part of Plečnik’s architectural heritage that did not receive an inscription on the World Heritage List, but is still an important part of our national heritage.

Expert Workgroup
The expert workgroup for the preparation of the Nomination File “The works of Jože Plečnik in Ljubljana – Human Centred Urban Design” was headed by Špela Španžel from the Ministry of Culture, coordinated by Tomaž Štoka from the Museum of Architecture and Design. Between 2013 and 2020 the group also consisted of Nataša Jurgec Gurnick and Gojko Zupan (Ministry of Culture), Špela Karo, Mateja Kavčič, Darja Pergovnik, Irena Potočnik and Irena Vesel (Institute for the Protection of Cultural Heritage of Slovenia), Sonja Ifko and Marko Stokin (ICOMOS Slovenia), Metka Štrajhar (City of Ljubljana), Ana Porok (Museum and Galleries of Ljubljana), Natalija Lapajne and Bogo Zupančič (Museum of Architecture and Design) and outside experts Andrej Hrausky, Lena Jevnik and Meta Štular.

The Nomination File was prepared by the editorial board which consisted of Špela Karo, Mateja Kavčič, Špela Spanžel, Tomaž Štoka and Bogo Zupančič. The editorial board also prepared additional information in view of the official evaluation procedure in the years 2020 and 2021.