"With a prayer for women’s rights”

"Milijana Babić from Rijeka is an artist whose works are based on the performance art practice. During her stay at the CC Tobačna 001 residential centre, she researched the role of the Roman Catholic Church institution and its connections with a woman’s right to choose. Her works are always based on researches regarding the rights of the most vulnerable groups in our society – in 2013, for example, her work at City of Women revolved around unemployment – she quickly found suitable context for her art practice in Ljubljana. As a woman and mother, the artist could not overlook the attacks on women’s rights, which have become a daily occurrence. The project "It’s Her Own Fault" was thus born." 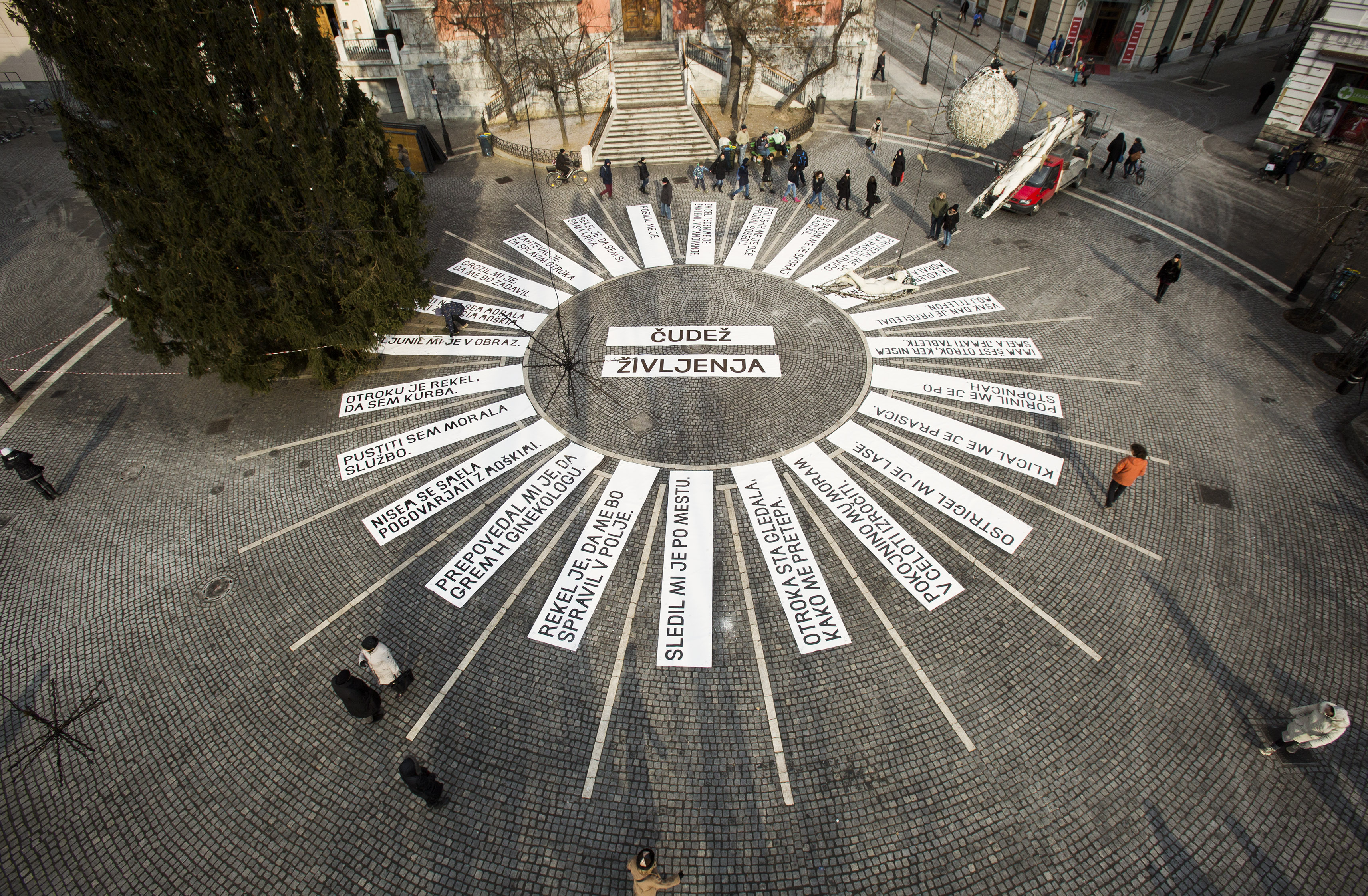 Miracle of Life
“A few months ago, Ljubljana was also shaken by the screening of "Miracle of Life "on the façade of the Franciscan church. This event is the focal point of her research in Ljubljana. The show at the CC Tobačna 001 therefore displays documented material from interventions, during which the artist also displayed the aforementioned Hail Mary on the billboards of fourteen churches around Ljubljana.”
“As an answer to the controversial video on the Prešeren Square, really a rebellion against the usage of public space for spreading self-serving propaganda of various institutions, the artist from Rijeka performed an art action on Tuesday in the city centre. She named the action, ironically,Miracle of Life. In the space between the sunrays on the tiles of the Prešeren Square, she unfolded quotes from women that reported violence to the Centre for Nonviolent Communication. Passers-by were able to read these quotes from victims of rape, women that were not permitted to have a gynaecological exam, were not allowed to take contraception, or were bound, forced to have an abortion or had their hair cut by their partners.”
Source: Dnevnik