The CC Tobačna 001 artist-in-residence centre is hosting Lala Raščić, who now lives and works in Zagreb, Sarajevo and New Orleans. She finished her studies at the Academy of Fine Arts in Zagreb and obtained her Master’s degree from Rijekademie van Belledende Kunsten, Amsterdam. Her works, which ideologically inhabit the narrative gap between concept and theatricality, are created through videos, artefacts, installations and drawings. She attended artist-in-residence programs at the Rijksakademie (Amsterdam) Platform Garanti (Istanbul), Forum Stadpark (Graz), KulturKontakt (Vienna) and Cite des Arts (Paris). Raščić is the recipient of the awards Future of Europe (Leipzig, 2013), T-HT and MSU (Zagreb, 2007), and The Young Visual Artist Award – Zvono for Bosnia and Herzegovina (2006). ovina, 2006). 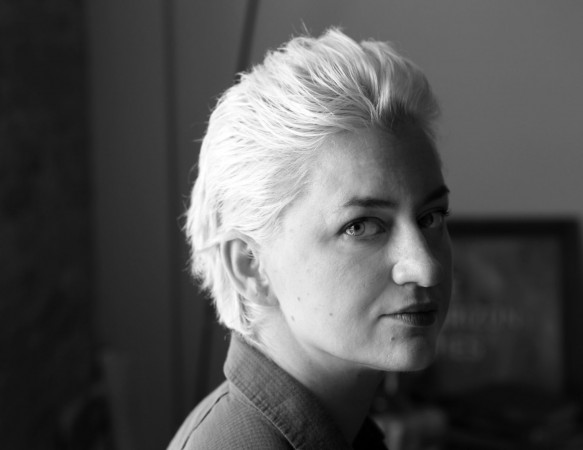 Raščić has exhibited internationally with recent solo exhibitions including "The Horizon Tries" (Good Children Gallery, New Orleans), "How to do Things With Words" (ŠKUC, Ljubljana), "Whatever the Object" (GfZK, Leipzig) and "No Country Other Than Liberty" (SIZ at Mali Salon, Rijeka). Group shows include "Delta Dawn" (Flight Gallery, San Antonio), "Memory Lane" (Galerije du Jour, Agnes B, Paris) and the "54th October Salon" (Belgrade). Her work has recently been featured in the book introduction to Contemporary Art in B&H by Jonathan Blackwood, published by Duplex100m2, and in her book Lala’s Reader, published by P.A.R.A.S.I.T.E. with a foreword by Jelena Vesić and Vladimir Jerić-Vlidi. Her work is included in public and private collections in Croatia, Bosnia and Herzegovina, and USA.