From Monday's opening of two exhibitions central to Cankar's year 2018

On Monday 18 June, two separate exhibitions on Ivan Cankar opened at different venues, one mainly literary, the other biographical. This relates nicely to the “urban legend” on Ivan Cankar and two carriages. 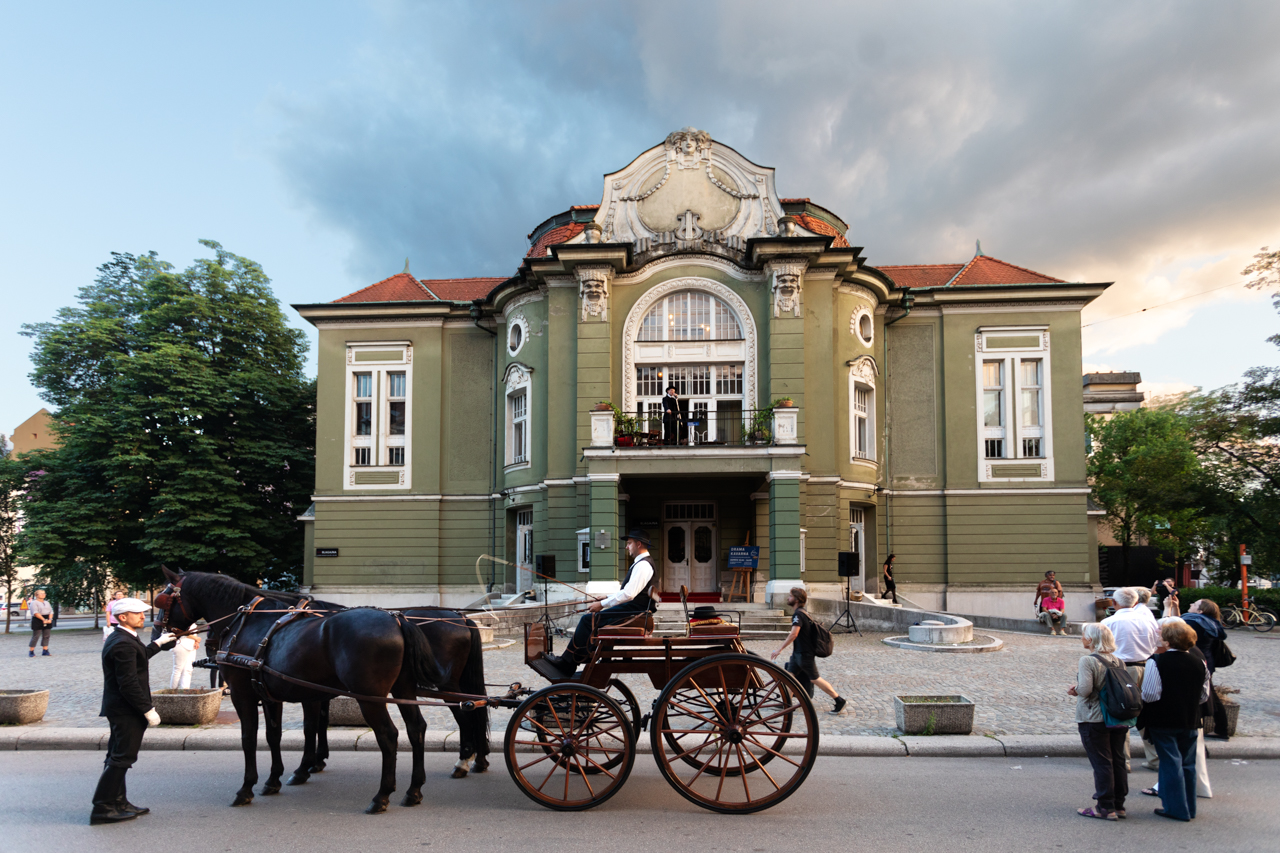 To connect the two opening receptions, a visitors' procession headed from Cankarjev dom to the City Museum of Ljubljana led by a 160-years-old carriage carrying… Cankar's hat. This was the enactment of a famous anecdote saying that Ivan Cankar once received a nice fee. Having revelled in town, he ordered two carriages for his way to Rožnik: one to carry him, the other for his cane and hat.

On our way, we stopped under the balcony of the Ljubljana Drama theatre, where we were addressed by actor Marko Mandić reciting an excerpt from Cankar's drama Hlapci.