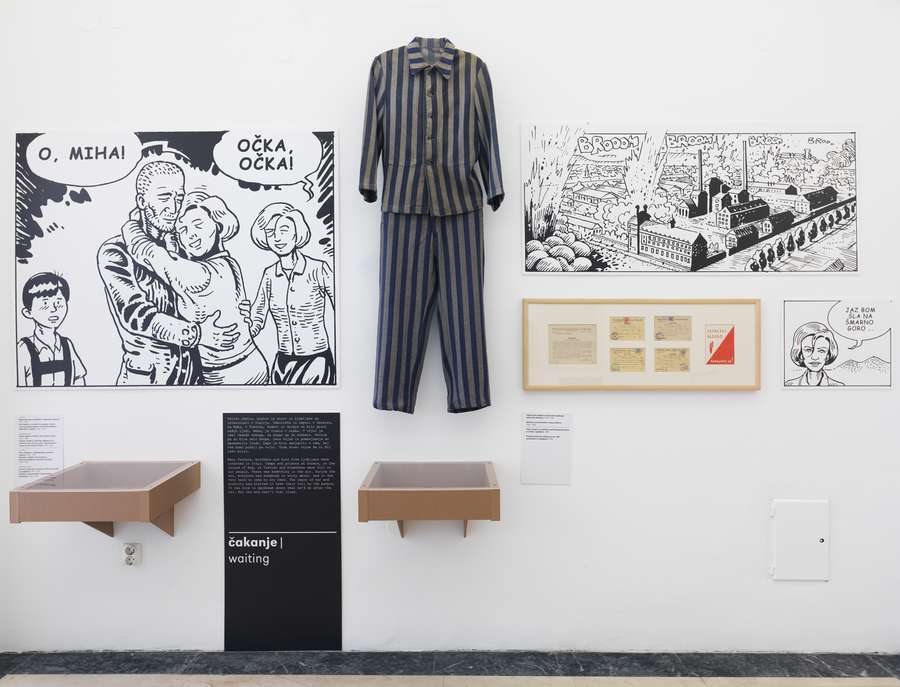 The exhibition "Memories and Dreams of Kristina B. Ljubljana 1941−1945" coincides with the 70th anniversary of the end of World War II, to be celebrated in 2015. It uses the transmission of the comic book medium for a museum exhibition.

When it comes to the question in what ways historical contents can be discussed, comics is one of the answers. There is no other printed media that enables such close integration of reality and fiction, of listing facts and using imagination. Although it might be a less ordinary approach to tell about the past, graphic novels have been firmly established in the role. In graphic novels, historical matter can be told in ways that in other printed media either cannot be used or fail to achieve the same effect that comics creates with its immediate visualisation. Memories and dreams of Kristina B. Ljubljana 1941−1945 by Zoran Smiljanić, renowned Slovenian comics author, and Blaž Vurnik, Curator of Modern History at the City Museum of Ljubljana, MGML, is such a narrative. It is upgraded by an exhibition as a medium typical both of the gallery and the traditional museum narrative, in which the basic sign of communication becomes a museum object as a witness and narrator of stories.

Blaž Vurnik, coauthor of the exhibition and graphic novel, said: "The graphic novel traces four years in the life of Kristina Babnik and her family. There never was a real Kristina B. Her story combines the experience of children who, just like the graphic novel heroine, lived in Ljubljana in years 1941–1945. Although her teenage years were supposed to be carefree and relaxed, World War II forced its way into her life only to continue raising questions decades later." Some of them she strives to answer herself when talking to her grandchild, whereas others, posed by her grandchild, and through him the reader, she refuses to answer. Her past and present, the youth and autumn of her life are connected through Šmarna gora, a dominant slope at the brink of Ljubljana, which during the war the inhabitants of the city could only observe longingly as part of the world on the other side of the wire. During the war, Kristina B is a girl turning into a woman. Although being deprived of a part of her childhood, she is still being faced with issues of her own existence, love, and growing up during the confused mixture of wartime circumstances, her father's absence and queuing for each and every triviality. Her story being a combination of reality and fiction, Ljubljana provides it with the historical context in which real historical events unfold. Occupation, terror, resistance, collaboration, shortage and everyday life of city dwellers are the topics taken from the comics summarized in the exhibition.

Memories and dreams of Kristina B, and the story of her family trying to live through hard times and remain together, is a story of courage, perseverance and resourcefulness of little people who are faced with big decisions. It is a story of a divided nation, of crime and its consequences. And, last but not least, it is a story of fatal dilemmas to which there are no simple, let alone final answers.

Hidden Children of 2nd World War
In February 2014, the Museum and Galleries of Ljubljana (MGML) began working on a European project titled Hidden Children in Occupied Cities during the 2nd World War. MGML applied for the project on the initiative of Blaž Vurnik, who used it as the starting point for his research on the life, during and after the war, of a group of children that lived through World War II in Ljubljana parentless and without the shelter of their families. The adopted name for these children has, for decades now, been ilegalčki (Eng. Illegal children). The project’s goal is to collect documentation, photographs, testimonies and other sources connected with the fates of these hidden children, which will also be available at the website and presented in the documentary currently in the making in cooperation with TV Slovenia. The project, which ends on 31 July 2015, is partially financed by the Europe for Citizens Programme, European Memories. 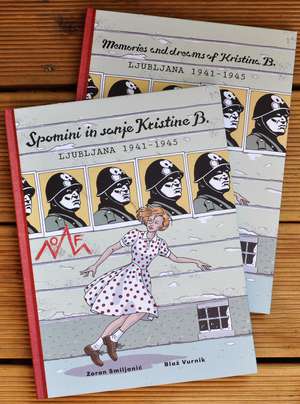 Memories and dreams of Kristine B.

A comic strip story about the city of Ljubljana and its inhabitants in the period from 1941 to 1945.

A Universal Story of Growing Up Under Fascism

On Saturday 27 July, a new supplement began to be published in the Primorski dnevnik newspaper, namely the 'Memories and dreams of Kristina B., Ljubljana 1941–1945'. The graphic novel was created by Blaž Vurnik, PhD, historian and curator of modern history at the City Museum of Ljubljana, and the renowned Slovenian comic book author Zoran Smiljanić.