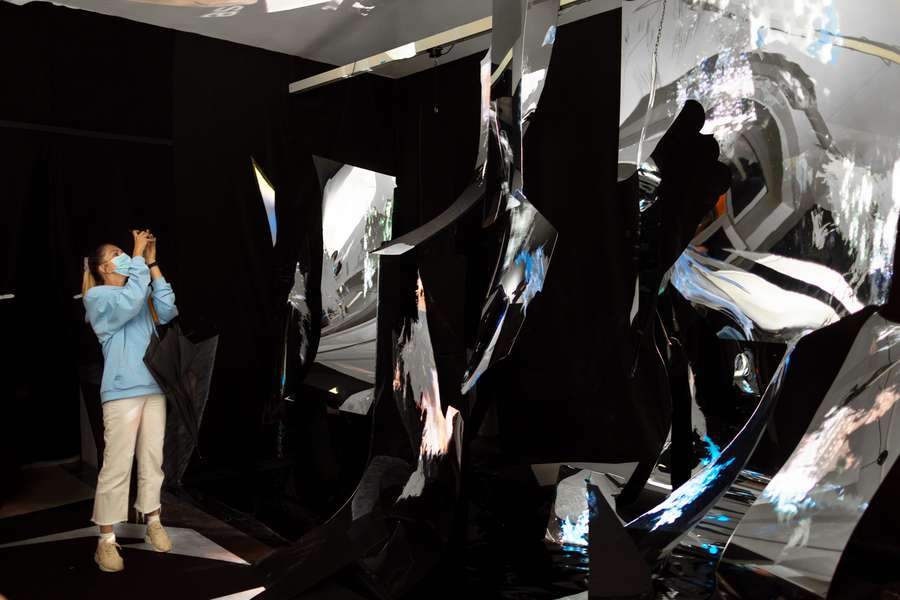 Match Gallery is again the main venue of the Lighting Guerrilla festival in 2020. A series of lighting installations and projections are on display within the gallery and in its vicinity.

The formal opening is cancelled this year, the reason of course being the epidemiological situation, which also caused the festival to be postponed until June. Unstable conditions brought on by the virus – which also served some artists as inspiration – are unfortunately to blame for a hindered international program and lack of any certainty that things will go as planned. Again this year, the festival is part of the Museum Summer Night program (20 June), when several events will take place as well as a guided tour and some program at Metelkova.
Despite all barriers and obstacled, the 14th Lighting Guerrilla is alive and kicking, and has come to Ljubljana once more. The topic of this year's festival edition is five elements. The concept is based on the ancient tradition of four elements (water, air, earth, fire), to which we added a fifth one. The Greek philosopher Aristotle defined the fifth element as aether, universe's secret matter, while in the older Indian cosmological tradition we come across a similar concept named Akesha. The scope of five elements therefore is not limited to the material world, but exceeds it. We let the contributing artists – Slovenian artists are again this year contributing mainly new, purposefully made projects – define the fifth element for themselves. Apart from several interpretations of the elements as the classic quadruplet, some projects define the fifth element as light, information or even life itself.

Match Gallery is hosting the Canadian new media artist Nicolas Bernier, whose AV installation introduces the world of quantum physics to the visitor's senses through poeticised forms. Bernier's project Frequencies (Light Quanta) is inspired by the uncertain and elusive quantum particle. The work of a young Slovenian artist Kristina Kokalj titled And Now I Am Drinking It discusses the element of water. Abstract video of various water bodies, projected onto a pile of objects, transform these into an intricate 'fluid' light landscape, the author thus exploring the border between chaotic unpredictability and order. Tadej Droljc's Hole focuses on the intoxicating quality of echo, which is implemented by the artist through light instead of sound. As the author puts it, on the quantum level the hole is an essential part of all matter, while on the abstract level it represents the source of imagination. 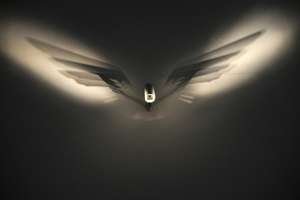 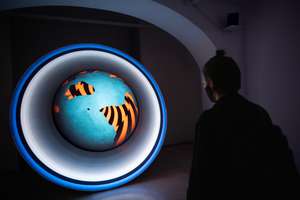