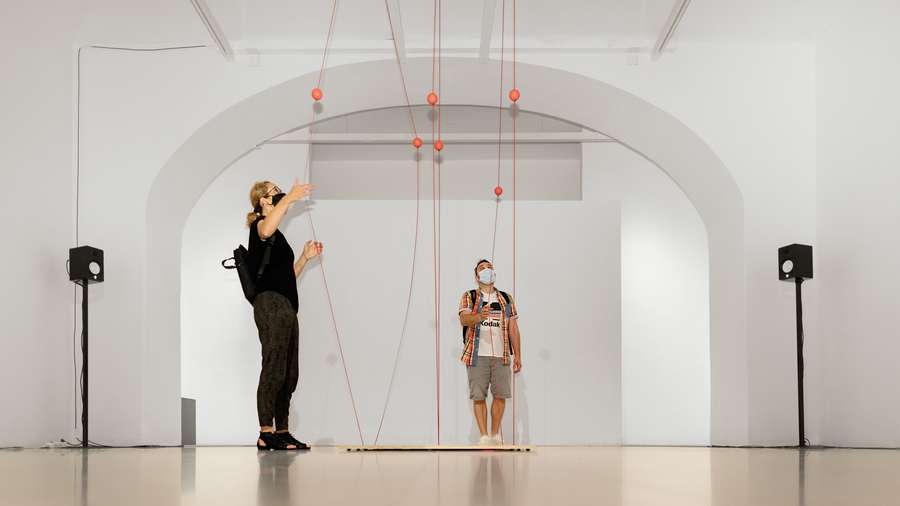 The exhibition presents recent productions of the ZKM | Hertz-Lab, a transdisciplinary research and development platform. The participating artists and researchers focus on the possibility of creation and design in the era of accelerated technological progress and digitalisation.

The Is it working? exhibition is an introduction to the eponymous festival, organised by the Ljudmila association between 24 and 28 August at several locations around Ljubljana, as a part of the European network of educational and art institutions, EASTN-DC. The network discusses new shifts in digital paradigms at the intersection of art, science, and technology, with a particular focus on interactive, haptic, and multimodal principles.

The Is it working? exhibition presents recent productions of the ZKM | Hertz-Lab, a transdisciplinary research and development platform, which has since 2017 united the former Institute for Visual Media and Institute for Music and Acoustics at the ZKM | Center for Art and Media Karlsruhe. Through the Hertz-Lab, participating artists and researchers focus on the possibility of creation and design in the era of accelerated technological progress and digitalisation. The exhibition presents works which use a variety of presentational and interface strategies as well as digital technologies to achieve diverse modalities of interactivity.

The collection of musical tools on the Music Table invite the visitor to explore different mechanisms of algorithmic music composition. It follows the principles of open work, active participation, and empowerment of the visitor, acting mainly as a didactic tool.

Dan Wilcox's interactive sonic installation Tether involves the visitor in a game, the rules to which are revealed through interaction with a flexible physical interface. The interface consists of spheres, suspended on elastic strings, and a computer vision system, which translates the position and movement of particles to a dynamic electronic soundscape, oscillating between the potential and the kinetic through its interaction with the visitor.

In Götz Dipper's sonic installation Messenger's Report, the listener's attempt to assemble meaning from a multitude of narrators, conveying interlaced fragments of ancient Greek messengers' reports, is only partially successful. The story is continuously interrupted and transformed into a new narrative stream, highlighting the acts of reception and interpretation, and directing the visitor towards deciphering the algorithm.

Yannick Hofmann's app Monocause intentionally puts the user into an utterly passive, limited role. By swiping the screen, the user can merely like or dislike the content. The work therefore indirectly ironises the concept of interactivity itself, it being far from neutral within the new media discourse. It simultaneously represents one of the key definitions of media art which is supposed to enable an open and critical reflection and use of technological media, as well as an indirect means of discipline and limitation of user and viewer experience. 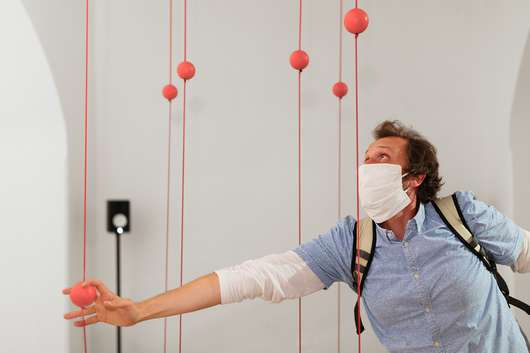