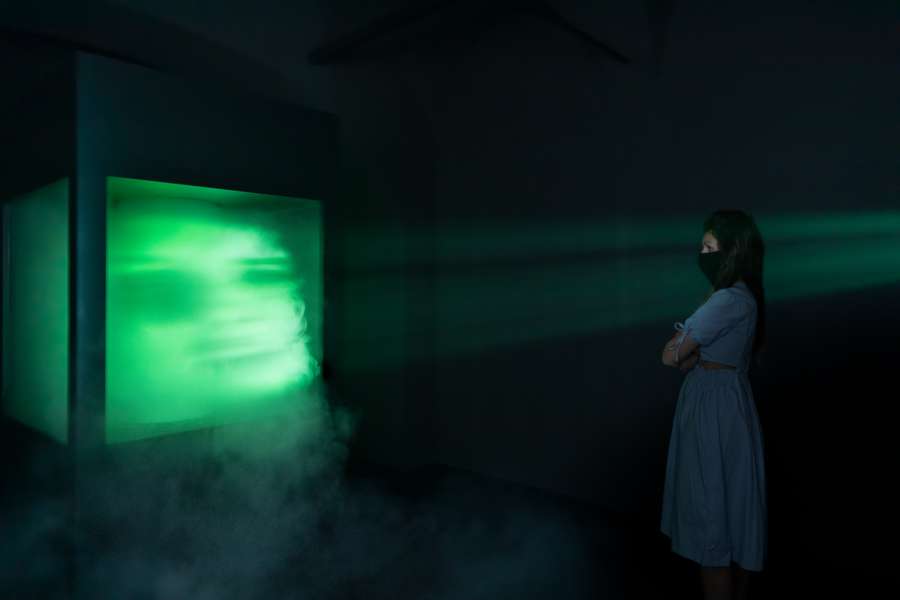 The exhibition consists of three projects by acclaimed American artist Tony Oursler: multimedia installation Phase Trans (2019), Eclipse (2019), a series of outdoor projections that merge the natural world with human narrative, and Imponderable Digital Archive (2016-20) which represents a selection of more than 1,000 images from the artist’s archive.

In scientific terms, Experimentum crucis refers to an experiment designed to produce a decisive result that rules out all other accepted theories and hypotheses, if proven true. Primarily used in physics, it is sometimes referred to as the “ultimate experiment” on a given question. Though it has been a guiding principle in the field since the Enlightenment, the idea of a definitive experiment that can provide certainty has long had its detractors. As the title of this exhibition, I would like to propose that we imagine Experimentum crucis not as a definite model of any experiment, but as an atmosphere of ideas that evolves constantly.

The exhibition consists of three projects by acclaimed American artist Tony Oursler: multimedia installation Phase Trans (2019), Eclipse (2019), a series of outdoor projections that merge the natural world with human narrative, and Imponderable Digital Archive (2016-20) which represents a selection of more than 1,000 images from the artist’s archive accompanied by four related lectures by the scholars Stephanie O’Rourke, Branden Joseph, Pascal Rousseau and Noam Elcott.

Eclipse and Phase Trans, in their own singular way, merge scientific fact with human belief to plot the intertwined narratives of mythology and scientific discovery. Fact, faith, and speculation are considered side by side with equal measure as tools we use to describe the natural world. These works belong to a series of projects by Oursler that explore the human relationship with “magical thinking.” Lately there seems to be a growing interest in the convergence between science and spirituality to explain those anomalies where scientific proof is lacking. We may never have definitive answers to understand some aspects of our world, and creative intuition fills the void. As curator of this project, I would liken this human impulse to a locomotive or a perpetual motion device, harnessing intuitive and creative thought processes to question what we truly believe. This exhibition may invite the viewer to question their preconceptions of the world, asking them to compare what they think they see to what they actually see, what they interpret and what they don’t interpret.

The exhibition is part of the INDIGO: Now is Too Late festival. 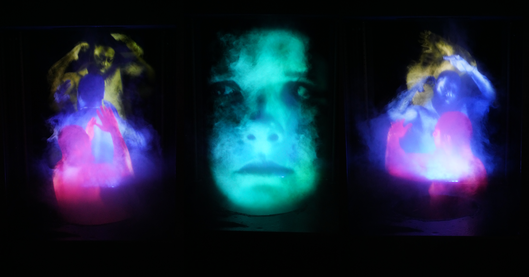