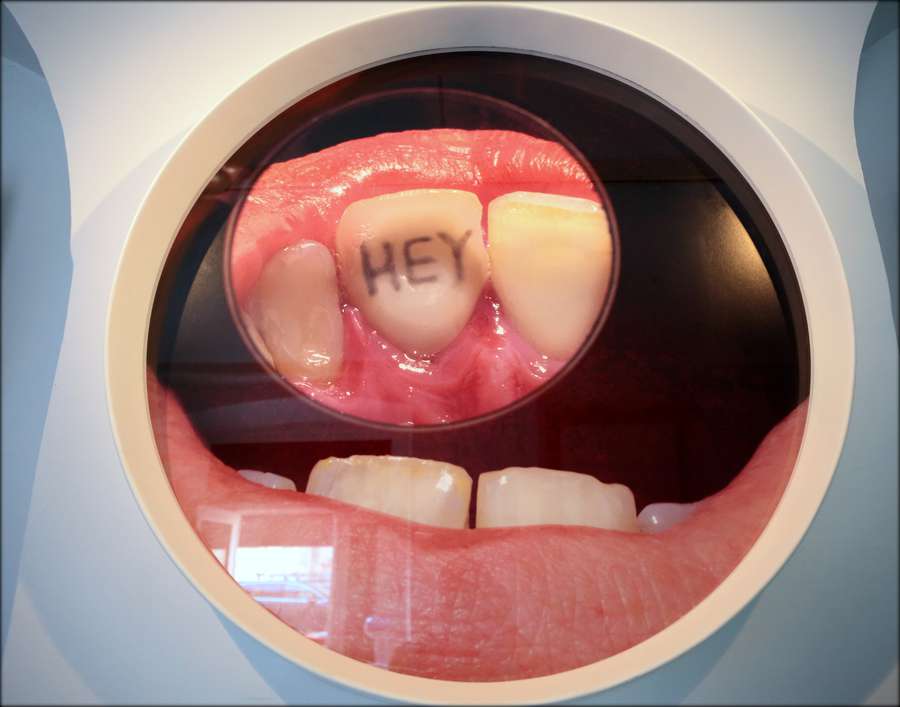 At the exhibition we present a selection of artistic statements and interventions in urban space by the artist, who gave himself a nameless name: Name:. Conceptually, his works are based on the treatment and questions of public space (mis)use, with an emphasis on current social changes.

A series of influential street art pieces, created from 2005 to 2021, has remained anonymous, which is why a need to identify the artist, who refused to sign his works. He gave himself a nameless name: Name:, the first position on any bureaucratic form and the first question of an official when trying to identify a subject in front of them. Conceptually, his works are based on the treatment and questions of public space (mis)use, with an emphasis on current social changes. Name: also explores techniques and physical limitations of public space interventions.

Match Gallery presents a selection of Name:'s artistic statements and interventions in urban space with an exhibition titled Time will Tell, referencing the artist's first underwater graffiti (2020) with the same message. This underwater graffiti introduces a larger project set under the sea level on the US Atlantic coast, where several thousand New York City Subway trains found their final resting place. Match Gallery's windows showcase a video, depicting the production of the underwater graffiti along with SOS_SMS (2020), which with an absurd transformation of messages from contemporary information technology to smoke signals, released through the Old Power Station 's chimney in Ljubljana, represents the invisible energy waste in our mobile communication system. In front of the gallery entrance stands The Curfew (2020) at a standstill, a clock, which Name: – being frustrated by the 174-day long restrictions of Slovenian citizens' personal freedom during the Slovenian curfew – mounted above the project space Fotopub.

The epidemic and closed borders triggered the creation of the graffiti New World Order (2020) in Piran. The video Ping Pong (2017) was created as an answer to the problematic of interstate relations and seizing and back and forth pushing of illegal migrants over the Slovenian-Croatian border. In the work Imaginnation (2017) Name: sprayed a graffiti onto a tank in front of the Museum of Modern Art in Novi Sad. The work Nothing is Forever (2017) completes the question posed by the title Time will Tell through cleaning the dust in which a message relating to transience is written.

Part of the exhibition is designed to be interactive and presents the world's smallest graffiti – nanograffiti. Name: created a series of witty aphorisms in the form of graffiti at some of the most prominent locations of European cities. These graffiti correspond with a local story or event. During the project Mine is Smaller than Yours (2018) Name: created the smallest graffiti in the world, spelling out their name so small that the inscription is invisible even through a microscope.

An ongoing clash with the authorities can be identified in Name:'s works. Local Slovenian situation is addressed by the work House nr. 3 (2021), a mural inspired by Ela Peroci's children's tale on gentrification, created on the outer walls of Rog factory as an answer to the aggressive takeover of the Rog squat, where Name:'s studio had also been located. The second work, asking Who is Zdenka Badovinac? (2017) deals with the former director of MG+MSUM, trying to reflect on her influence on a young Slovenian artist's career. In this exhibition, both of the works are set in the so-called "room of artistic grudge". This is a commentary on the attitude of current authorities towards contemporary culture and people within it. Humor is most likely one of the most subversive ways of addressing current local and global socio-political changes, to which Name: quickly reacts with his interventions in public space, leaving messages to the public in his influential street actions. What their effect will be, time will tell.

You are warmly invited to attend the opening of the Name: Time will Tell exhibition at 7 p.m on Friday, 2 July 2021.
The exhibition is part of the 3rd edition of the Ljubljana Street Art Festival, which will take place from 28 June to 4 July 2021 at various locations in Ljubljana.

Production: Museum and Galleries of Ljubljana
Co-production: Name Studios, Street Art Festival Ljubljana, Kino Šiška
Curator: Jani Pirnat
Artist: Name:
The works Time will Tell and New World Order were produced by: Association for Culture and Education PiNA
The work SOS_SMS was co-produced by: Strip Core / Forum Ljubljana, Association for Culture and Education PiNA, Bunker, Koda Modro
The works Ping Pong, Imaginnation and nanograffiti were produced by: KIBLA
The work New World Order was created in collaboration with: Brad Downey
The work  House nr. 3 was created in collaboration with: Danilo Milovanović
The work Hey was financed by: Ministry of Culture
This project has been made possible by: City of Ljubljana
Thanks for technical support and sponsorship: Association for Culture and Education PiNA
Special thanks: Nanocenter