“We are forever directed by someone”

“On Thursday, the City Art Gallery Ljubljana opened the exhibition ‘Don’t Ask Where We’re Going’ by the Croatian artist Tomislav Gotovac. Works by this pioneer of experimental film and performance, which are also in the MoMA collection, will be on view until 10 June.” 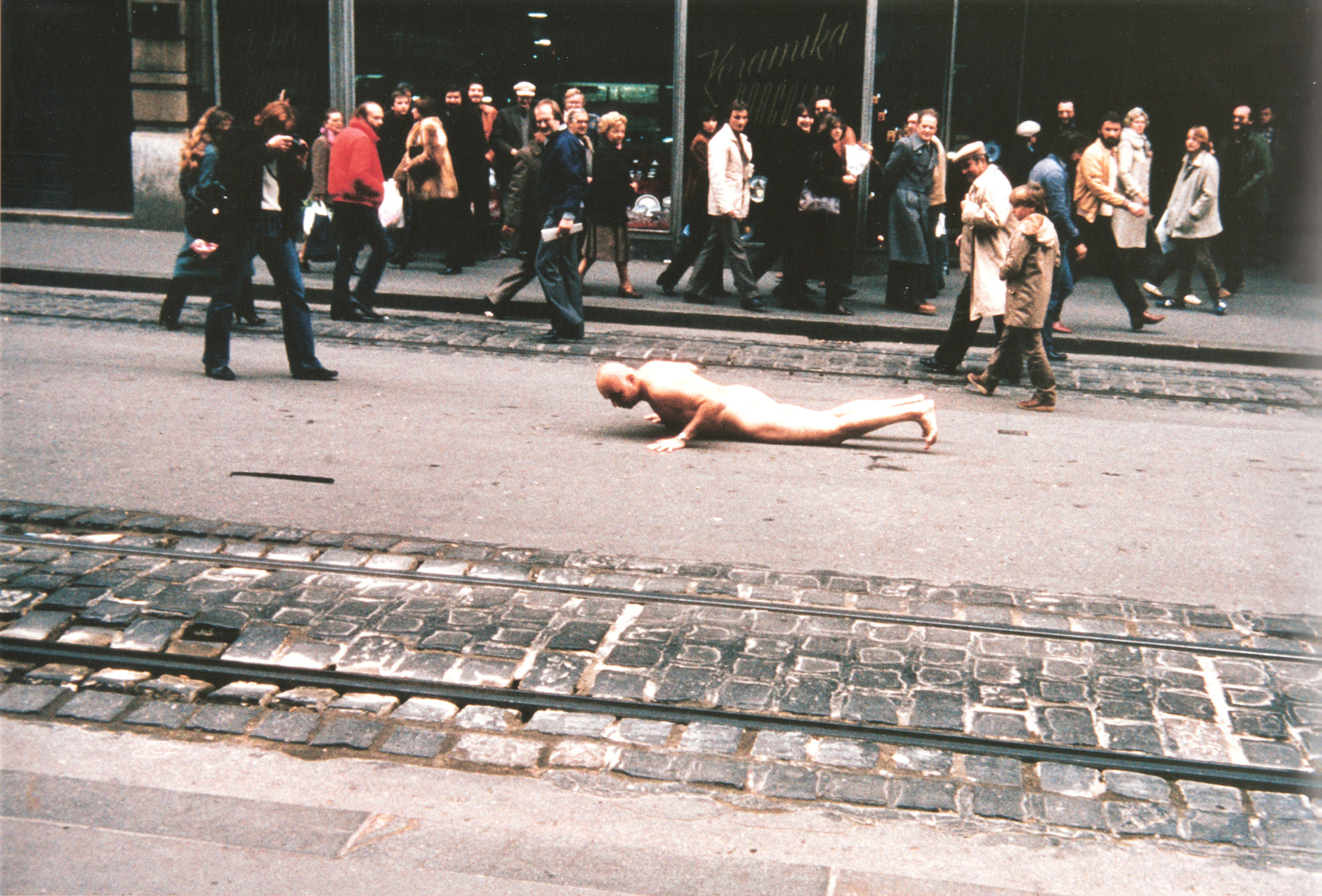 “He was a deeply conflicted person. He always identified with the marginal, yet he was always provoking it. As he walked naked down a street he was seen as an extrovert, but it truth he was incredibly shy. Besides society, he also constantly challenged his own comfort zones. He created situations in which random passers-by had to actively react to the hypocrisy of the bourgeoisie, which lectures about exemplarity, decency, and privacy. He always expected his actions to be cut short by police intervention. If that did not occur, he would find a policeman himself. Even his later court hearings and the received media attention were all part of an artistic action. He wanted to show what follows if the viewer does not abide by society’s norms”, explains Šuković.

“As he was among the first to present the nude male body, he is sometimes seen as Yugoslavia’s first queer artist. Not because he would question sexual identity, but because, through his unconventional appearance, he confronted the Croatian transitional society with something different, with the Other,” explains the curator and points out Gotovac’s criticism of new puritanism in the artwork Foxy Mister (2002). In it, he mimics the poses of a pornographic actress to a camera, yet his aged male body struggles hard, which intensifies the work’s subversive qualities.” (Source: Dnevnik)