The series of videos presenting the artists’ preparations for the upcoming exhibition “Free Sun” in the City Art Gallery Ljubljana continues with Miha Štrukelj. His video outlines the creation of Štrukelj’s work titled “Trolldomsfjellet”, which is a Norwegian word for magic mountain. 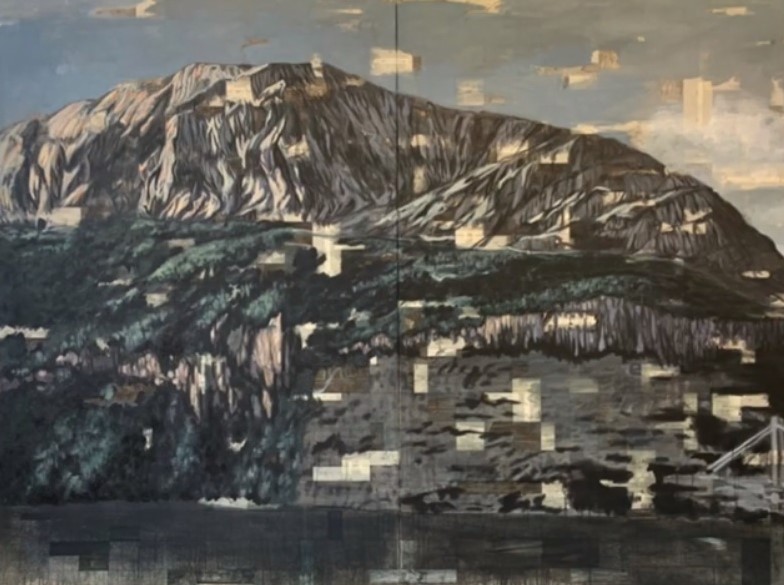 The painting was conceived during the residency programme in Norway, in which the artist participated in 2019 via the International Centre of Graphic Arts Ljubljana. In the time of isolation, Štrukelj processed the photographs and converted them into a film. The sound basis of the video is part of a Knausgaard’s audio book that the artist was listening to during his residency work and that forms a segment of his creation process.

The artist drew inspiration for his painting from the mountain that he observed every day from his studio and used his characteristic style of painting to simulate the constantly changing view of the mountain, which is due to specific weather conditions in Norway.