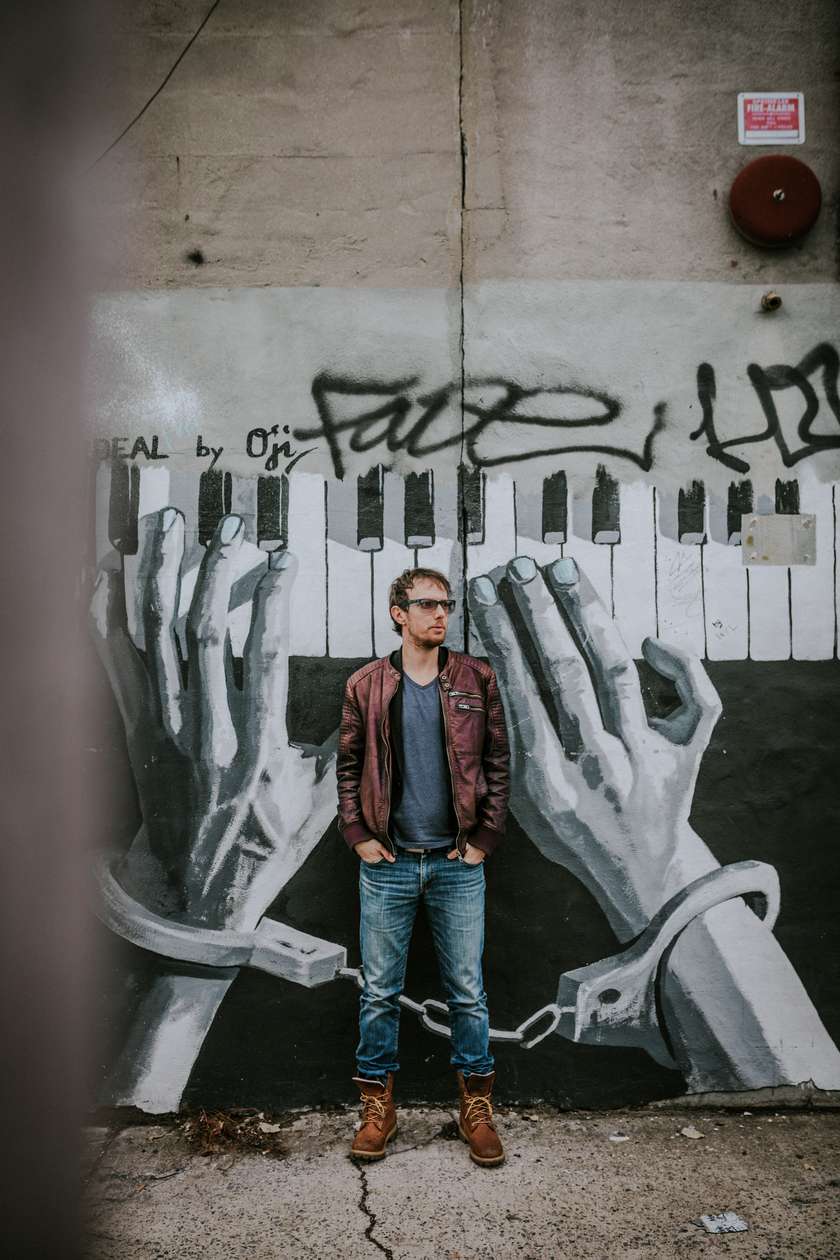 Marko Črnčec
Composer and pianist Marko Črnčec is one of the most successful and internationally acclaimed contemporary Slovenian musicians. He currently lives in New York. He has worked with many of the great names of the global jazz scene, such as Bob Mintzer, Seamus Blake, Michael Philip Mossman, Marcus Gilmore, and many others. He has released five original albums that received excellent international reviews. According to jazz magazine All About Jazz, his album Devotion (Whirlwind Recordings, 2014) is one of the top twenty jazz records of 2014. In 2019, he released the albums Place to Live (Justin Brown, Harish Raghavan, feat. Jonathan Hoard) and The Brooklyn Sessions (Marko Črnčec, Joris Teepe, Billy Hart).

Aljoša Jerič
After graduating from the Trieste Conservatory, drummer and percussionist Aljoša Jerič has been improving his knowledge of jazz and African-Cuban music on trips to New York and Havana. He learned from musicians such as Reggie Workman, Jimmy Cobb, Nat Adderley and Victor Lewis. He has returned to Slovenia in 2003, where he is teaching percussion at the Koper Music School. His most notable collaborations include Mark Turner, Duško Gojković, Rachel Gould, Danilo Gallo, Marc Abrams, and others.

Igor Lumpert
Saxophonist, arranger, music director, producer, teacher and composer Igor Lumpert, who has been living and working in New York for the past nineteen years, has collaborated with world‑renowned musicians such as Robert Glasper, John Abercrombie, Reggae Workman, Ben Monder, Drew Gress, Matt Brewer, and Damión Reid. He confirmed his compositional talent at the recently concluded world tour with his group Innertextures, with which they released the album Eleven (Clean Feed Records).

The musicians will present their short solo programme, followed by a joint performance.