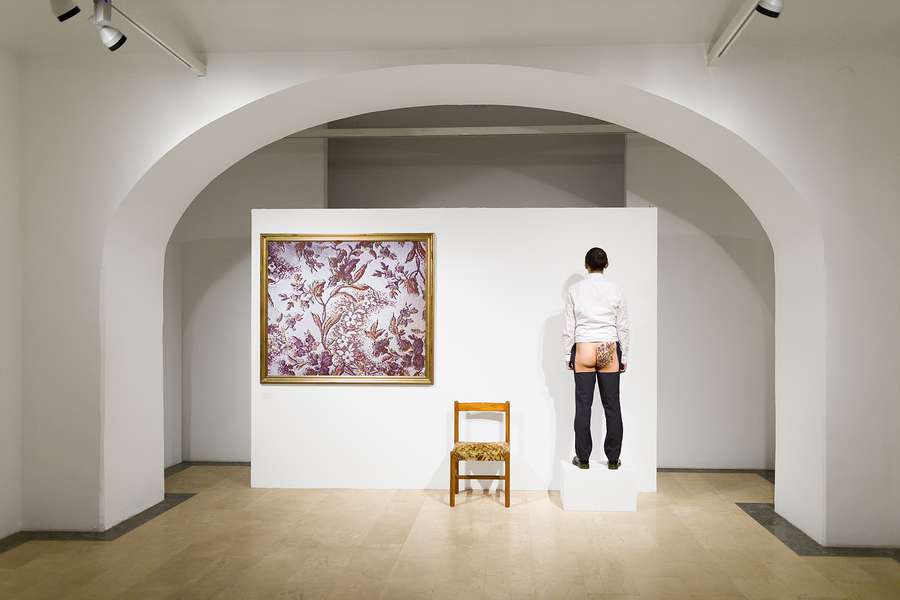 Currently the most socially and politically engaged Croatian artist, Siniša Labrović (born in Sinj in 1965) carried out his first campaign, "Bandaging the wounded" in year 2000, then still as professor of Croatian language and literature, forming it as a performative reaction to the nationalist iconoclasm of systemic destruction of Partisan memorials in Croatia.

With this protective gesture he entered the field of performance, now the main means to express his criticism of self and the society. The artist's self-reflective commentary to the aimless and morally insecure society and politics, within which artists are finger-pointed at for being state parasites, is shown clearly in his public reactions: Flock.org (2005), Artist licks the heels of his audience (2005), Artist eats grass (2007), Artist swims on dry land (2008), Artist sells his skin on bargain (2010), A boxing match to win the title the Minister of Culture of the Republic of Croatia (2010), Gloria (2013), Happy old year(2017), Private Property (2017) et al. Due to his long-running principled stance and his conflict with the politics heading towards an increasingly weak social situation for the independent art scene and culture as well as the systematic sprawl of nationalism in Croatia, Labrović has been burnt out and isolated to the extent that he wishes to retreat from active engagement in the social and political reality.

The artist's decision to retreat into the privacy of his own abode has reduced his life to the very functionality of his biological existence and the banal objectivity of a restricted living environment. Despite being aware of the public always invading the private, he also believes that the private invades the public. Labrović, therefore, resorts to intimism as a form of counter-systemic art.

Withdrawal into the safety of his home is seen by the artist as a retreat into a known structure, into constant hierarchies and protected, controlled environment, where conditions have been established for art that is autonomous as much as it remains within the limits of its own sake and detached from reality. The same applies to the gallery, which, to Labrović is supposed to serve as his domestic environment of a kind. As regards his artistic expression and statement, Labrović turns to performance as well as spatial installation. With the help of self-irony and humour, he uses his own body and physical markers of his social position and self-isolation to create installations, i.e. from bricks, plastic bags, furniture, used towels, glass, books, lamps and other equipment. Shabbiness, materiality, softness, tattiness, fallenness and fragility that can also be found in the Italian art movement Arte povera, are now also to be found in Labrović' installations indicating his social position. Being a prisoner of his own existence, he has had the pain of being isolated in own body written down permanently for the exhibition, its intense presence making it the constant and crucial bearer of his artistic expression.

Production: Museum and Galleries of Ljubljana
Exhibition Curator: Jani Pirnat
Artist: Siniša Labrović
The exhibition was made possible by: City of Ljubljana 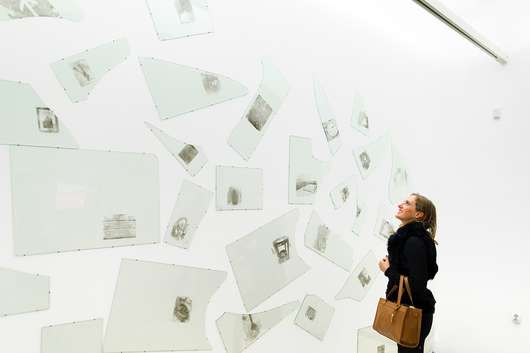