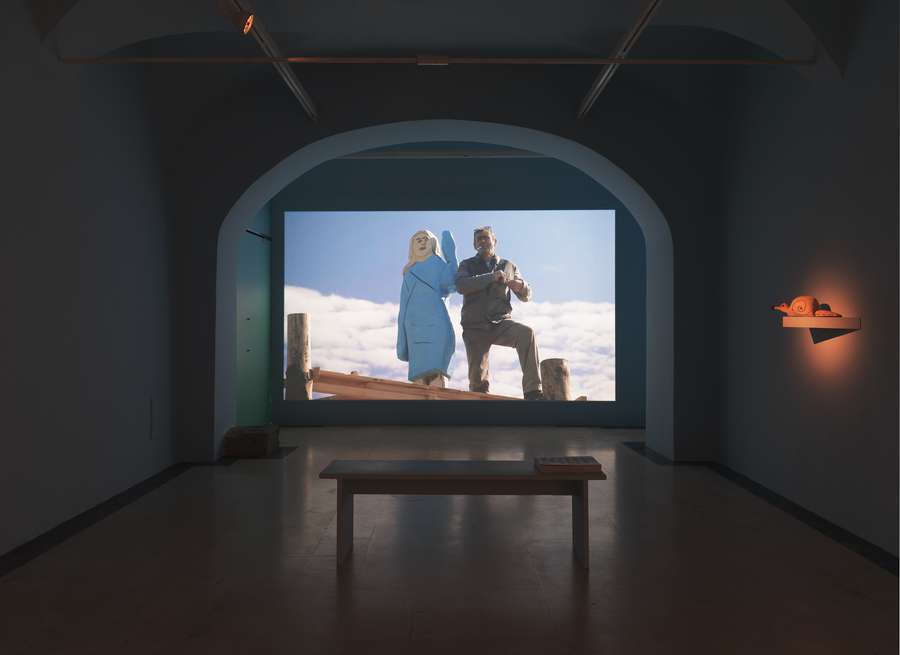 With a four-fold disposition, the exhibition poses questions on media sensationalism, power of politics spread through the media and direct media censorship.

Brad Downey, the author of these works, delved into research of USA's mysterious first lady as an American citizen. He was interested in her origin and the villages around Sevnica, where she grew up. The documentary Melania is a portrait of the craftsman and woodworker Maxi, who was commissioned by Brad Downey in autumn 2018 to produce a wooden statue of the first lady to the best of his abilities. Throughout the actual process of producing the statue, he reflects on the destiny of a local peer, who is now living the ultimate American dream. The statue, made in a naïve folk manner, is publicised as the first public statue of Melania, and as such triggered a strong backlash of sensationalism in media with next to no background research, and criticism of the homemade, crafty nature of statue.

A reconstruction of Ronald Reagan’s podium in the White house, Reagan’s Press Room, accompanies the story of the first lady’s sculpture creation at the Match Gallery. In the 1980’s, a professional Hollywood actor communicated news to world media from this podium for the first time in history, thus changing the world, which had been in the grips of cold war for decades. The installation evokes awe of the legendary space of American power and influence over world public opinion, and which is experienced and accepted differently with every new president of the US.

My Mind Always Drifts is a series of artworks, comprised from posters, magazines and photographs, which had been censored by hand, and have been collected by Brad Downey in Turkey, Iran and the Arab Emirates. State censors and digital algorhythms have covered all the scenes that could affect the public morale by hand, and covered body parts with almost supremacist interventions to the moving picture. These creative censorship interventions have their own intricate aesthetics, and perhaps uncover more than they cover. In the exhibition, they are presented as a means of direct state control over media in the name of public morals.

The ideological counterpart to the rest of the exhibition is the piece of work machinery with Tatlin tower, the symbol of modernism and the power of the working class, placed on it, which is parked in front of the gallery. The mobile object, titled The Non-Objective World, is in the words of Brad Downey also a metaphor of the tower of Babel, for the construction of which God punished people by giving them different languages, so they could no longer understand each other.

Formally, the exhibition seems to be a series of unrelated artworks, but the combination of contexts makes a statement about the relations between the local and the global, as well as reflecting on the media strategies of the three dominant ideologies of today’s world.

Brad Downey is one of the most highly versatile proponents of Independent Public Art. He creates a wide body of work, comical, as it is contentious, bitingly critical and humorous in equal measure. Downey’s projects overthrow the customs and conventions of the urban environment and the norms embedded so well in society that they are perceived as exactly that: as proper or suitable rather than prohibitive or invasive. The lack of discourse and dialogue becomes the underlying theme Downey strikes with each work. They challenge mores and morals, inciting viewers to thus reevaluate their own environment alongside him.
www.braddowney.com
www.instagram.com/bigtimebrad 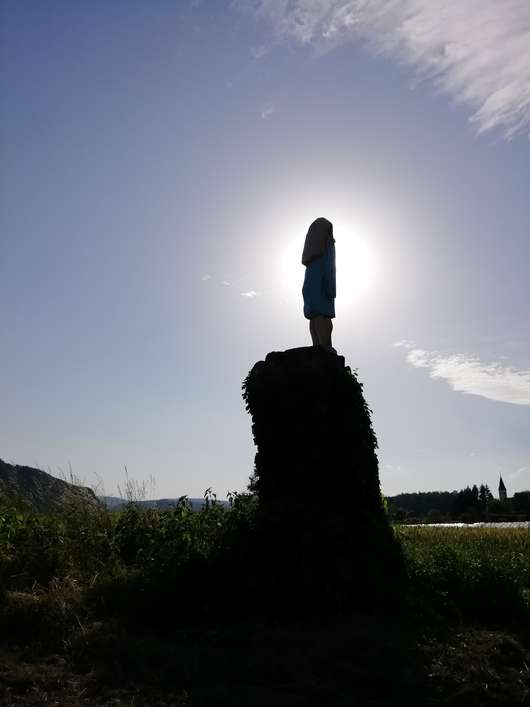