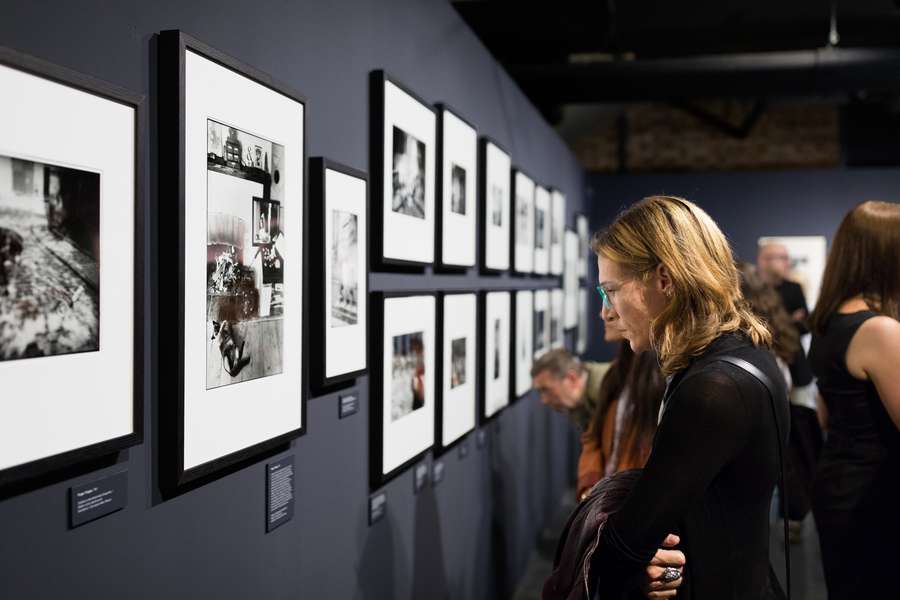 Marc Riboud (1923–2016), a French photographer with a worldwide reputation, as part of the Magnum Photos agency, spent many years working as a photojournalist, while also building his own oeuvre of auteur photography, which developed mostly on his unbelievably numerous journeys around the world.

Marc Riboud went down in the history of photography with both his iconic images and pioneering photographic travels to the countries of the Far East, when they were still almost inaccessible to photographers. From Zazou, the playful painter of the Eiffel Tower, to a young American activist who in protest against the Vietnam War stood in front of a row of bayonets with a flower in her hand, and through various portraits of world leaders in the decisive historical moments, to the nameless individuals that Riboud’s mindful eye had noticed and recorded on photographic film, with empathy and often with a lucid and humorous note – all of these are photographic images written in our collective memory, exhibited and kept by the most important galleries and museums of the world. Riboud’s photojournals have been published in all the important magazines. He was among the early members of Magnum Photos – and although in 1979 he decided to take an independent path, he remained faithful to the common ideas of Magnum’s founders, who in 1953 accepted the younger photographer in a way that gave him enough space to develop his own authorial expression in his work.

It is Marc Riboud’s authorial approach that our selection of 212 photographs wants to highlight, along with his conscious attitude to and eye for the moment. The selection was specifically made for the Jakopič Gallery, and over one third of it presents vintage photographs coming from the family heritage belonging to two of Riboud’s children. While combining his photographic profession and his wish to travel across the boundaries of the known territories, Riboud managed to establish his own slow travelling tempo that enabled him to decide as he went where his path would lead him, and always taking enough time to feel the world around him. This not only sharpened his photographic eye, but also formed his character and the way of seeing the world.

In its introduction, the exhibition places Riboud’s work in the Central- and Eastern-European context, with an extended presentation of the work he did in Yugoslavia and Czechoslovakia between the 1950’s and 1980’s – not aiming, however, to establish different interpretations of the photographic medium according to regional contexts, but rather the opposite, to show the author’s ability of knowing how to exit from his Western way of seeing things. His path towards the East and South, which this exhibition’s selection of photographs follows across Riboud’s favourite Asian and African countries, throws new light on the usual reflections on photojournalism, mainly pertaining to the question of the view of the “other” through photography – illuminating the “other’s” small joys of life, cultural specificities, and everyday things seen as interesting curiosities by the viewer, which Riboud records, without exoticizing them, as a sensitive individual well aware of the power of his medium.

The exhibition is curated by Marija Skočir in close co-operation with Lorène Durret, the curator of Riboud’s archive, and Catherine Riboud, the photographer’s wife. The guidebook with twenty of Riboud’s photographs was published by the Jakopič Gallery, and the exhibition is connected to the simultaneous selling exhibition in Galerija Fotografija. Moreover, it is accompanied by an additional programme prepared by the Jakopič Gallery in keeping with its mission oriented to photography. Its aim is to promote greater understanding of the main  achievements in the history of world photography, not as icons that need to be admired and wondered at, but as something that blurs the borders, hierarchies and differences; something that can, if carrying true expressive power, transcend time and geographical frames; and give photography, as one of the most democratic and heterogeneous media, the opportunity to dictate, through visual readings, different paths in both contemporary creativity and the wider society. 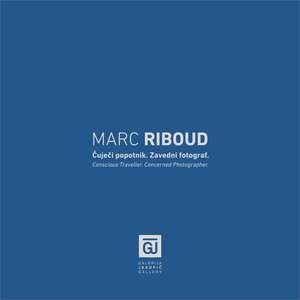 The "Marc Riboud: Conscious Traveller. Concerned Photographer." exhibition is accompanied by a guide with twenty of Riboud’s photographs.

The exhibition is on view in the frame of the Month of Photography Festival in Bratislava till 20 November 2018.

"The exhibition was a wonderful journey"

Join the Friends of the Jakopič Gallery

Join the "Friends of the Jakopič Gallery", a community of regular visitors to our gallery. Each year we treat them to numerous benefits and exclusive events. 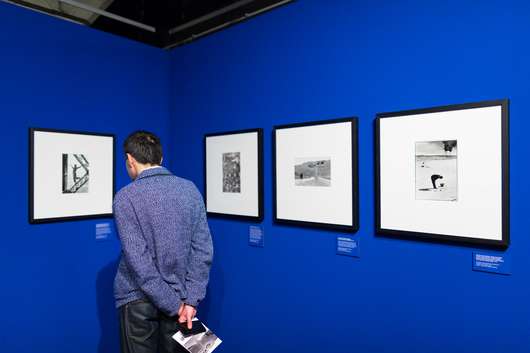 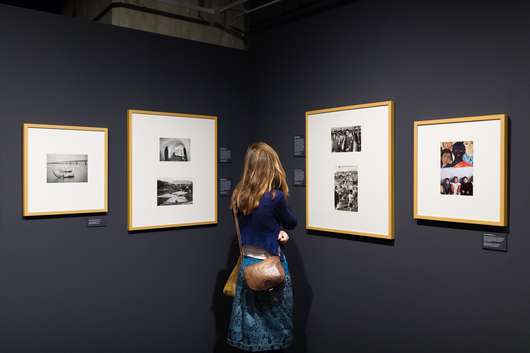 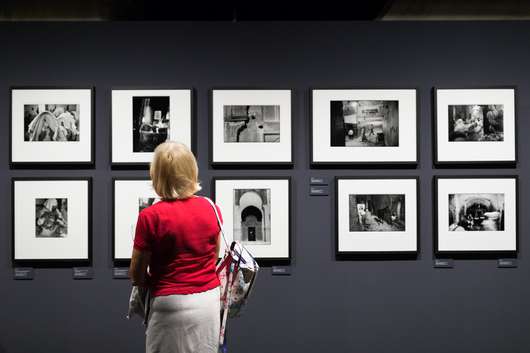 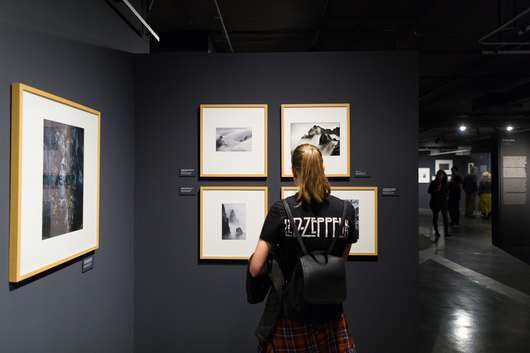 Sat
Sep 2018
Guided tour
4:30 p.m.
Jakopič Gallery
Guided tour of the Marc Riboud: Conscious Traveller. Concerned Photographer. exhibition
You are invited to join us at the regular guided tour of the overview photographic exhibition by Marc Riboud, who went down in the history of photography with both his iconic images and pioneering photographic travels to the countries of the Far East, when they were still almost inaccessible to photographers.
All events for this exhibition
All events - Jakopič Gallery • All events - MGML 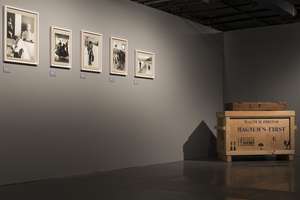 Magnum's First: The Face of Time