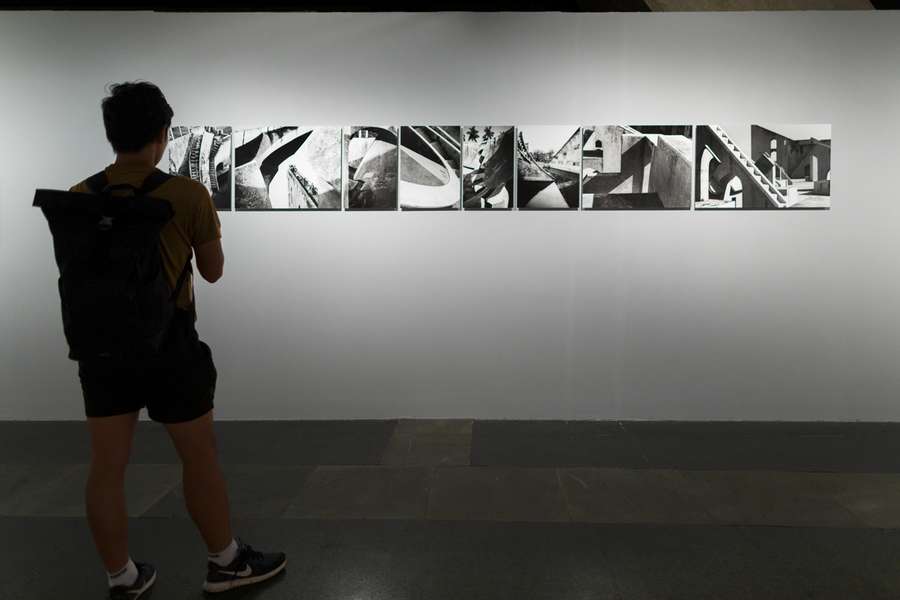 This exhibition of one of the great photographers of the 20th century was originally presented at the Jeu de Paume, Paris’ foremost photographic gallery. In the spirit of Lucien Hervé’s reflection that “at best, one can hope to beget a vague idea of the whole by defining an intimate detail”, the Jakopič Gallery exhibition aims to contribute towards the appreciation of the rich legacy collectively created by authors working in this medium both locally and internationally.

Born in Hungary, Lucien Hervé (1910–2007) emigrated to France in 1929 with the intention of becoming a painter. It was his 1949 encounter with Le Corbusier that led him to dedicate himself entirely to photography. The vast majority of his pictures were taken over the course of two decades, which included a close collaboration with the renowned architect lasting fifteen years (1950–1965). He went on to work with other architectural greats of his time, such as Alvar Aalto, Walter Gropius, Marcel Breuer, and Oscar Niemeyer. For Hervé this was a time of back-to-back commissions and the discovery of locations all over the world.

After 1965 he had to forgo extensive travelling due to a disability, but took care to maintain lines of communication with the public through a number of publications and exhibitions juxtaposing the ancient and the modern, the traditional and the new, the abstract and the human, always driven by his desire to intrigue his contemporaries and hone their gaze. From the 1990s on, he received a number of awards and distinctions such as the Legion of Honour, the Paris Photography Prize, and an award from the Széchenyi Academy of Arts and Letters in Budapest.

Lucien Hervé is especially known for his architectural images. His geometric compositions based on the tension between light and shadow suggest rather than describe their subjects. This exhibition introduces the visitor to the key themes of this immensely rich oeuvre: his early years and the emergence of his photographic language, his crucial encounters, the importance of Le Corbusier and of architecture, the photographer’s apartment, the interest in architectural contrasts that he developed during his travels, and finally, abstraction. At the same time, the display echoes exhibitions organised by the artist himself between 1950 and 2000. Selected quotations from the photographer’s personal archives are displayed throughout the exhibition, allowing the photographs to enter into dialogue with the thoughts of both Lucien Hervé himself and of various literary authors.

Hervé’s early works, from 1930 to approximately 1950, are characterised by their painterly composition based on a precarious balance of sharply contrasted surfaces and masses. From his photographs of the Eiffel Tower, marking the beginnings of his fascination with architecture, to those taken from the window of his studio, Hervé constructed his images with the greatest rigour in order to capture their essence. While it is rare for his photographs to make individuals their subject matter, Lucien Hervé was consistently driven by a deep faith in humanity.

His encounter with the works of Le Corbusier was a critical moment for Hervé. Fascinated by the architect’s designs, he sought to capture both their materiality and their intangible aspects.  As the clean lines and masses of reinforced concrete take shape, multiply and metamorphose in the sun, the constructed space is transformed into two-dimensional compositions on the verge of abstraction.

Hervé’s travels further reinforced his idea that the language of architecture had a universal dimension.  Through photography he expressed his wonder at the power of the buildings of the ancient world, at the same time highlighting their modernity. His travels all over the world gave him the opportunity to marvel at, and play with, the complexity of line and mass found in a wide range of buildings, including Le Thoronet Abbey, the Escurial, and Spanish vernacular architecture. 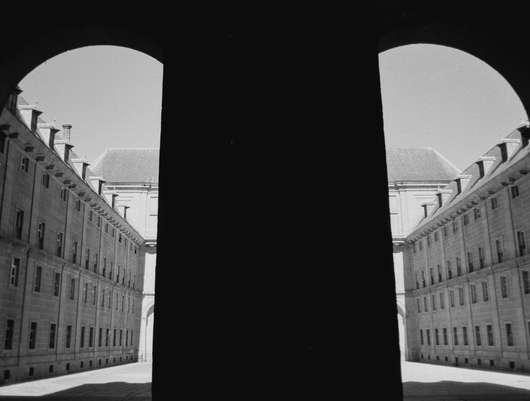 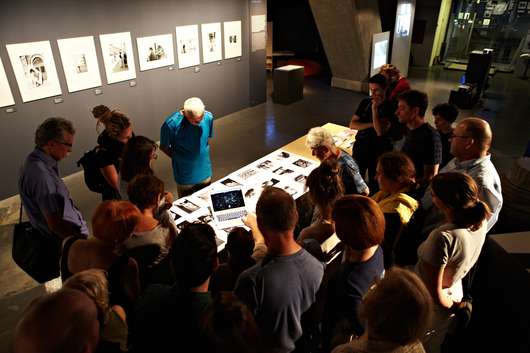 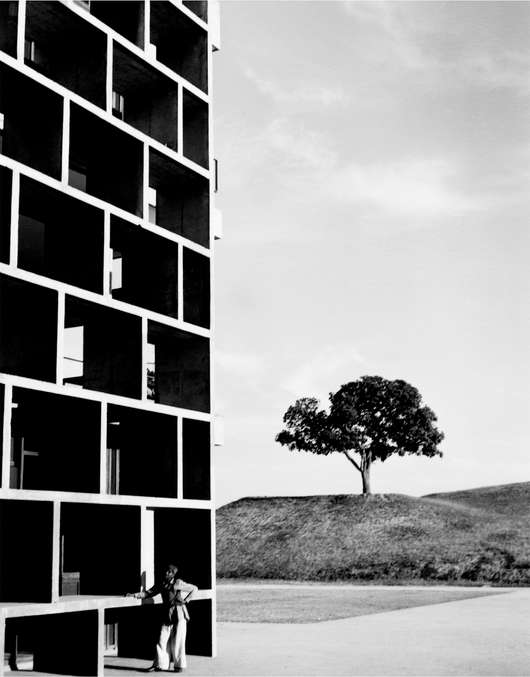