Are you up for a Marumage observation game?

On the occasion of the exhibition Bojan Radovič: Replika at Jakopič Gallery, we have prepared a boutique, numbered and signed series of the observation game Marumage, which is based on the artist's eponymous photographic series created during a residency in Japan in 2012. The game questions our ability to observe, while at the same time provokes reflections on how we see the world and people that surround us. 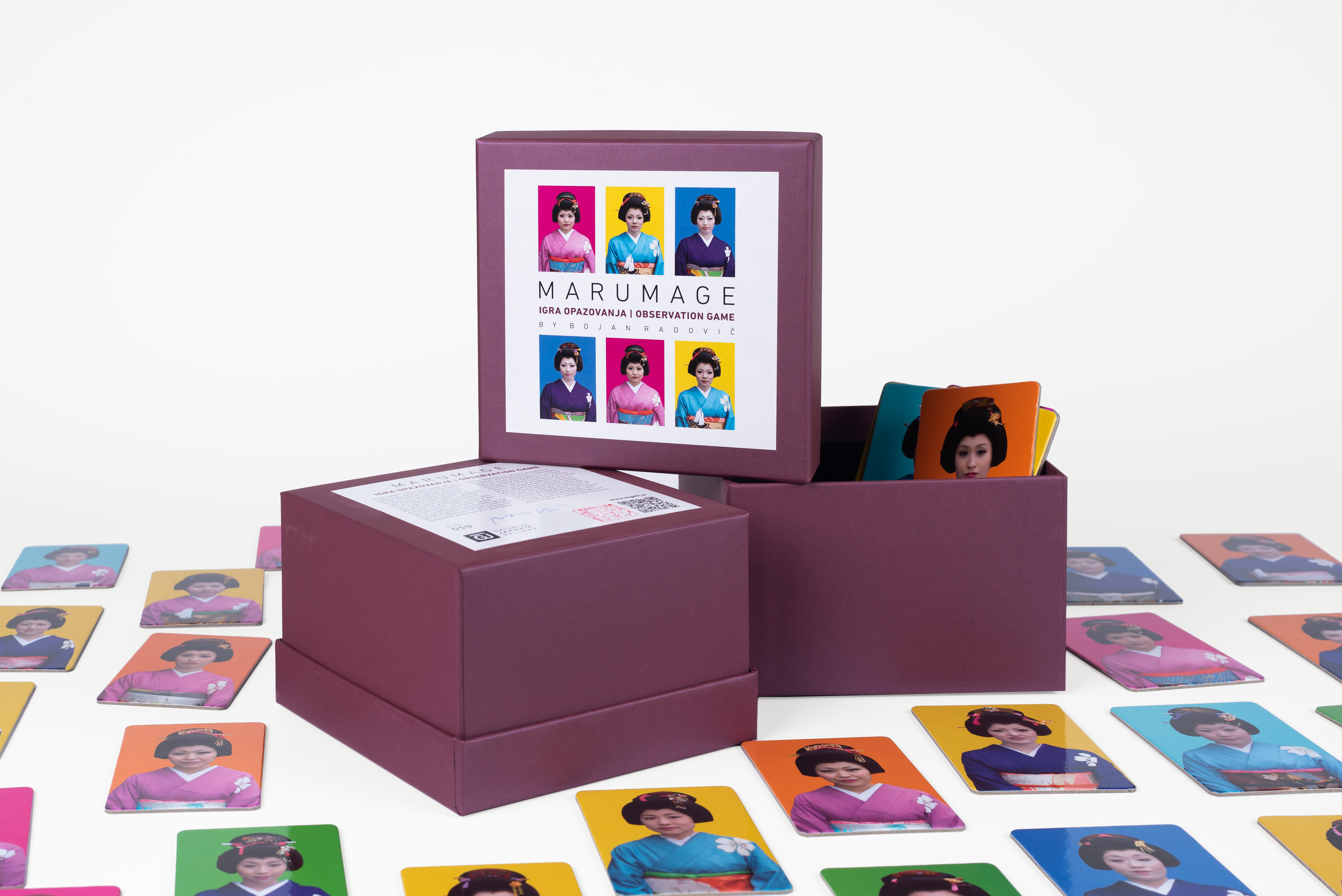 In Radovič's oeuvre the presence of the spirit of Japan is particularly interesting; a spirit of a land of extreme (visual) sensitivity and consideration on the one hand, and of conventional rigidity and strictly prescribed social norms on the other. And it is in Japan where the photograph's most well-known and popular series Marumage was created. At the exhibition in Jakopič Gallery the series gets a fresh replica in the Jakopič Gallery exhibition - in a new gallery installation and in an colourful observation game.

The project Marumage is based on the traditional Japanese festival of the same name, held every year in Himi, Japan.

The young women gather in a temple with the hope of satisfying the social convention of a timely marriage. They dress in kimonos and arrange their hair into a marumage knot, which is worn, in accordance with the conventions of the Edo period, exclusively by married women.

Bojan Radovič attempts to penetrate the essence of the ritual. By narrowly framing the portraits and applying the images of the women to contrasting, pop-art colored surfaces, he creates photographs with a refined sharpness that challenges our ability to observe, connect and memorise.

Visit us at the gallery to try your hand at the observation game Marumage!

The observation game is available at the gallery and in the MGML online shop!