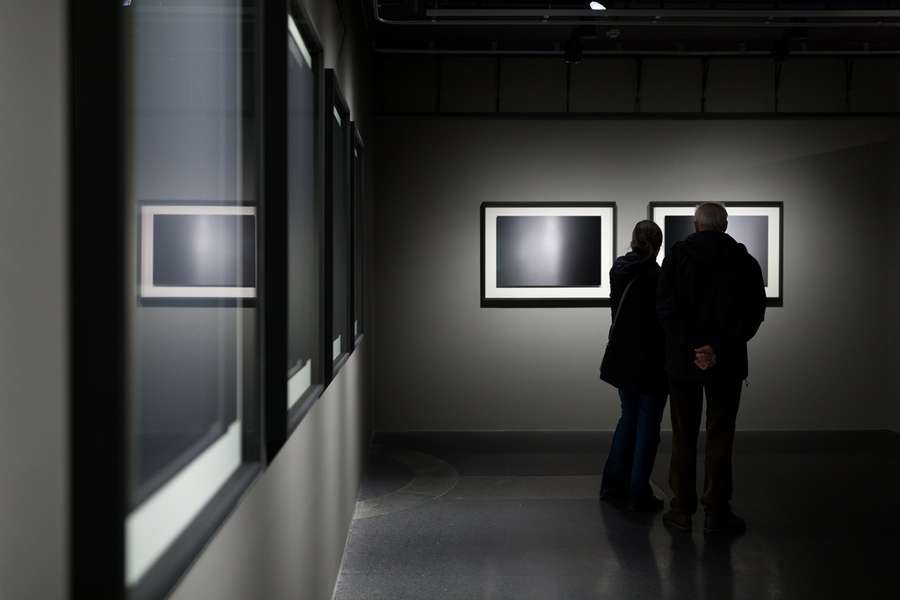 In his 20-year career of exhibiting, DK has always known how to surprise us with unexpected series in a wide range of different photographic genres, many of them also demonstrating social engagement. He has been working on this exhibition, Scotoma, for the last four years, always with the intention of holding it in the Jakopič Gallery. It is the first time he has devoted an entire exhibition to abstract photographs.

With Scotoma, DK focuses on one of the most controversial premises of quantum theory. This is an idea that has long occupied the thoughts of both physicists and philosophers alike, and has always been deeply rooted in human understanding, from ancient texts to postmodern metaphysics – namely, that the observer, by the very act of observing, co-creates observed reality. For DK it is not just “that photography is participatory – that I am responsible for whatever I place in a photograph, since the information in it is stored for further transfers and future observers”. He insists that the viewer’s participation is necessary too, with the viewer’s consciousness having the potential to create both the external form and truth itself through the process of observing. DK links this potential with the idea of scotomata. In medicine, a scotoma is a spot in the field of vision where vision is either impaired or absent. It can be dark, very bright, blurred or flickering. DK uses the term in a figurative sense to mean a gap in our perception, recognition and understanding of what we have seen – a mental process, in other words.

“I don't travel to photograph. I photograph to travel.” DK has created an astonishing body of photographs taken in the immediate vicinity of his studio: although invariably abstract and containing no reference to the actual motif, the images are pregnant with visual elements that not only intensify the aesthetic impression but also serve as powerful vehicles for the content he is trying to convey.

Consisting of six independent series that combine to form a distinct whole, the exhibition invites the viewer to become aware of, and even transform, his or her own manner of seeing it. In the photographs in Memories of Tomorrow we can still make out archetypal dream landscapes: aided by the creative work of our consciousness, we are still able to follow the artist on his journey across the world. At the same time, the images act as a warning that the hopelessness of contemporary society must inexorably lead to the destruction of our planet as we know it today, leaving it to exist tomorrow only in the form of memories. The Premonition and Behind the Eyelids series, which are placed next to each other, are much more removed from reality, inviting us to ask ourselves: What is real? What do we really perceive? What do we merely think we see and think is real? From here we come to Gloom, the realm of apparitions, where we are able to see less and less. For DK the ideal state is one where the act of observing has been replaced. He calls this state blind gaze, and it is made possible by the quiet but strong inner vibrations of the photographs in the Almost Hope series. There is no expectation in this way of perceiving the images, no thought and no judgement, making it the only possible way of seeing Truth. Once we have crossed the border into the final space, Darkening, and have acquired this new skill of blind gaze, the reality of our contemporary society opens up before us, more real even than Truth itself: a bipolar black and white world, sinking into greyness and dissolving into complete darkness.

This idea might seem gloomy, the hopelessness of the situation just too depressing. However, DK differs in one crucial respect from those who use art or photography to raise awareness, warn, criticise or protest, in that he tests our ability to see, thereby inviting us to consider the fundamental reality in today’s world: the lie. And the only way we can threaten the reality of the lie is to see through it and stop engaging with by either agreeing or disagreeing with it.

The "DK: Scotoma" exhibition is accompanied by a publication containing over 100 photographs and two texts written by the curator of the exhibition Marija Skočir and the philosopher Marina Gržinić. 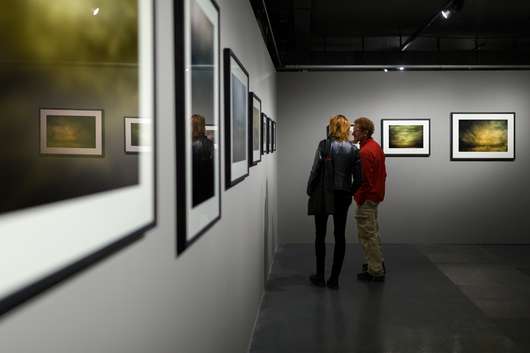 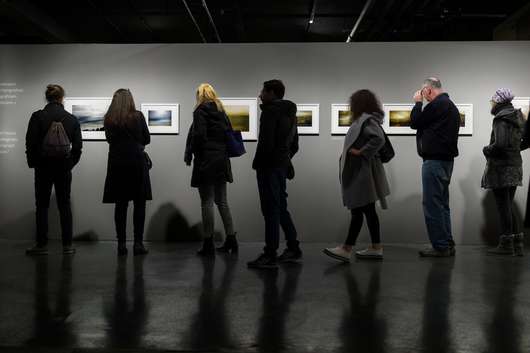