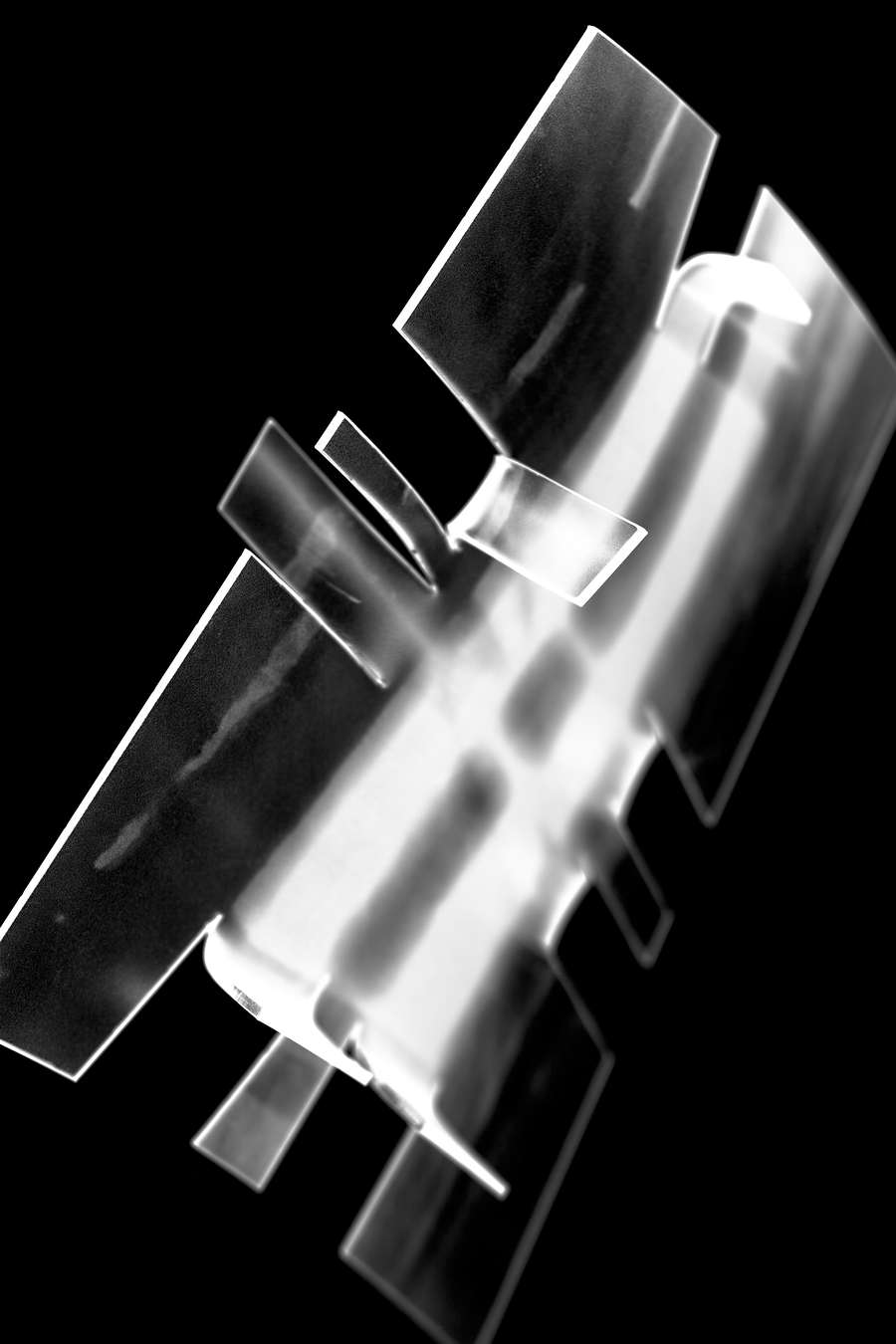 The retrospective exhibition of Bojan Radovič Replica in the Jakopič Gallery emphasize the creative dimensions that most significantly characterize Radovič’s artistic path and which continue to advance new interrogations of the material, technological, formal, and theoretical postulates of the photographic medium. The exhibition is accompanied by a comprehensive monograph and the observation game Marumage.

....If you could make perfect copies of me, the existence of the replicas would destroy my uniqueness without diminishing my value or importance... (Dr. Marina Gržinić in the monograph Replica)

For four decades, Bojan Radovič (born in Novo mesto in 1960) has not only been creating artwork in the medium of photography, dealing extensively with its physical execution, but also addressing its material presence, persistence, and the elusiveness of its meanings and forms.

The exhibition title Replica perfectly describes Radovič’s own reflection on photography as the final object of the presentation of an idea or concept. The relationship between the original and the replica is particularly relevant in photography. The replica carries within itself the potential for diversity, variation, and continued exploration and flexibility, opening up new contextualisations for the photographer.

In the eighteen presented photographic series the idea of replica manifests itself on different levels. First on the level of content, in which we see the replication of ideas, concepts, symbols, and signs. Radovič's projects Replica (2005-2022) and Icon (2004-2022) are the longest standing among them, while the series Salt and Pepper (2012) and Readymade Still Lifes (2008) are markers of consumerism, collective memory and socio-political systems.

The replica also exists on the level of technical process, in the form of mirror transformations, the play of light and shadow, and masterful transitions between mediums and techniques. All of that allows the artist to attain new manifestations in the photographic medium with visible traces of the proces. This can be detected in the 2007 series Déjà vu, based on photograms from 1991, which was expanded in the Transformers series (2022).  Under this heading we can also include the series Copying Myself (2022), Kaleidoscope (2022), Exchange (2011), Grand Canyon (2008-2010 and 2022) and Monochromes (2007-2022), all of them dealing with questions of originality, authorship and the visual presence of both the author and the viewer in the photographs.

On a similar level, the so-called homages enter Radovič's oeuvre. These are independent, newly-created works that, in their themes or technical features, recall the work of artists whom he admires or whose work he is intrigued by, devoting to them his own artistic contemplation: Matrix (2007-2022), Homage to LMN (2007-2022), Smoke (2008) and the photographer's most recent project Homage to WHFT (2022), which is not only a tribute to the venerable inventor of the photographic technique but to the entire history of the development of this complex medium.

In Radovič's oeuvre the presence of the spirit of Japan is particularly interesting; a spirit of a land of extreme (visual) sensitivity and consideration on the one hand, and of conventional rigidity and strictly prescribed social norms on the other. Radovič draws on this paradox to develop a visual narrative of Japan, subtly walking the line between humor that is not mockery and acceptance that is not approval: we present the series Marumage, Mirage (both 2012) and Hibakujumoku (2014).

By creating a tension between an aesthetic experience and an ethical message that is not derived from photography but from relationships and context, Bojan Radovič's exhibition leaves the viewer open to a wide field of reflection, in which they can replicate their own vision of the world and their historical memory.

You are warmly invited to attend the opening of the Replica exhibition at 7 p.m. on Tuesday, 25 October 2022. The exhibition will be opened by Mateja Demšič, MA, Head of Culture Department, City of Ljubljana.

The exhibition Bojan Radovič: Replica is accompanied by a comprehensive monograph of the same name. The book is dedicated to the acknowledged Slovenian photographer Bojan Radovič (1960) that for four decades has not only been creating artwork in the medium of photography, dealing extensively with its physical execution, but also addressing its material presence, persistence, and the elusiveness of its meanings and forms.

Are you up for a Marumage observation game?

On the occasion of the exhibition Bojan Radovič: Replika at Jakopič Gallery, we have prepared a boutique, numbered and signed series of the observation game Marumage, which is based on the artist's eponymous photographic series created during a residency in Japan in 2012. The game questions our ability to observe, while at the same time provokes reflections on how we see the world and people that surround us. 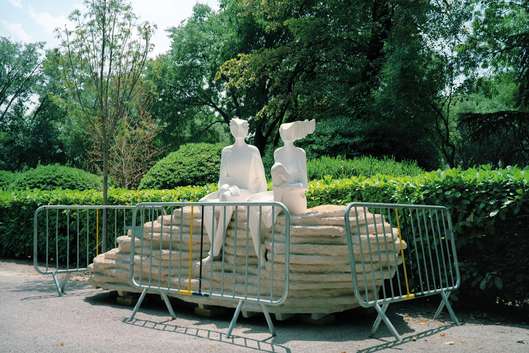 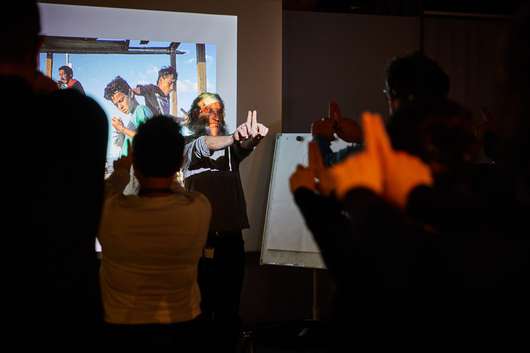 Sat
Jan 2023
Guided tour
4:30 p.m.–5:30 p.m.
Jakopič Gallery
Guided tour of the Bojan Radovič Replica Exhibition
You are invited to join us at the regular Saturday guided tour of the Bojan Radovič Replica exhibition. The title perfectly describes Radovič’s own reflection on photography. Because the replica carries within itself the potential for diversity, variation, and continued exploration and flexibility, opening up new contextualisations for the photographer. Join us and discover it yourself!
All events for this exhibition
All events - Jakopič Gallery • All events - MGML