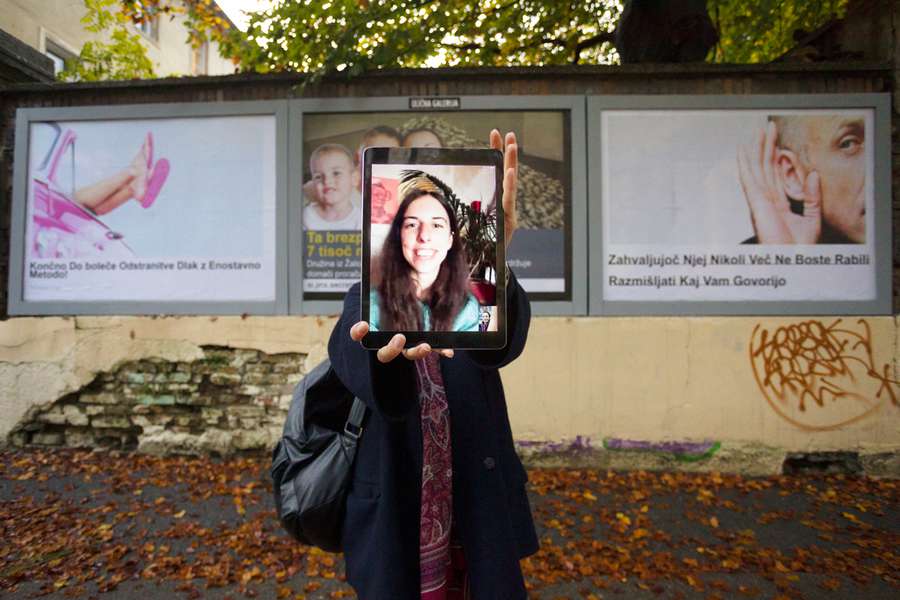 At the fourth exhibition of the "Takle mamo … / So it has come to this…" cycle Teja Miholič is presenting the "Accidental Internet Artefacts" triptych.

Teja Miholič collects spam or intrusive advertising which she happens upon during her daily online activity. What attracts her attention the most are the ads she finds surprising because of their bizarre appearance, absurd contents or simply bad grammar. According to herself, this is an exploration of “fascinating internet artefacts”. From ad selection to presentation, the artist maintains a humorous attitude towards them, thus directing our attention to the fragment of the internet that we overlook most often during our daily online activity. The transfer of a spam ad to a poster disables the click entirely which renders the ad contents, elusive as they are online, completely inaccessible on the street.

Teja Miholič (1993) has graduated in photography from the Higher School of Applied Sciences, Ljubljana, and now continues her studies at the ENSAV state-funded national audiovisual school in Toulouse. She is into recording videos, making gifs and curating curious internet items. She has taken part in exhibitions in Photon gallery, at Cirkulacija 2, in MSUM, Layer House, DobraVaga and at Fotopub.

Project by: TAM-TAM
Takle mamo … / So it has come to this… cycle curator: Museum and Galleries of Ljubljana
Exhibition curators: Ajda Kocutar, Lara Mejač
Supported by: City of Ljubljana, Tektonik kraft brewery 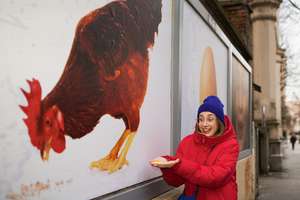 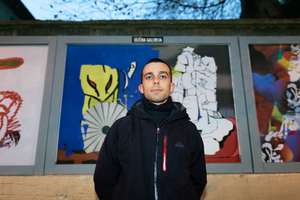 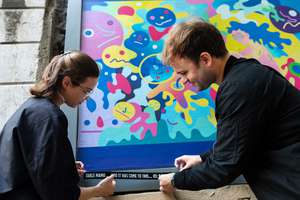 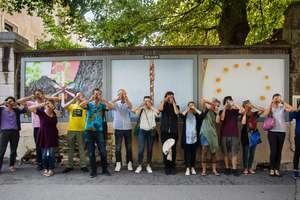 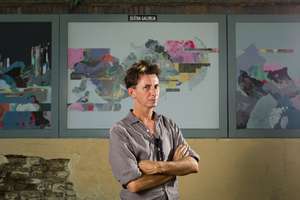 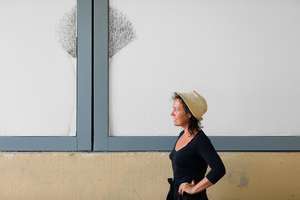 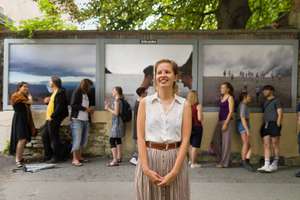 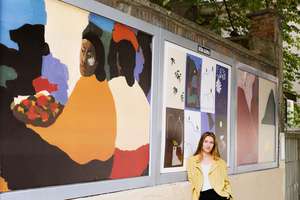 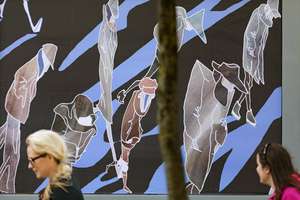